‘Rare Form’ is due April 13 on Mishu Records Millionyoung, the pseudonym for Miami’s Mike Diaz, has released his latest track “Together” on via Magnetic Magazine.  “Together” is the second single from his upcoming album ‘Rare Form’ which is due April 13 on Mishu Records. 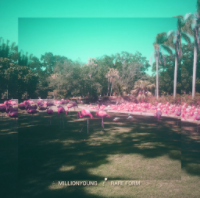