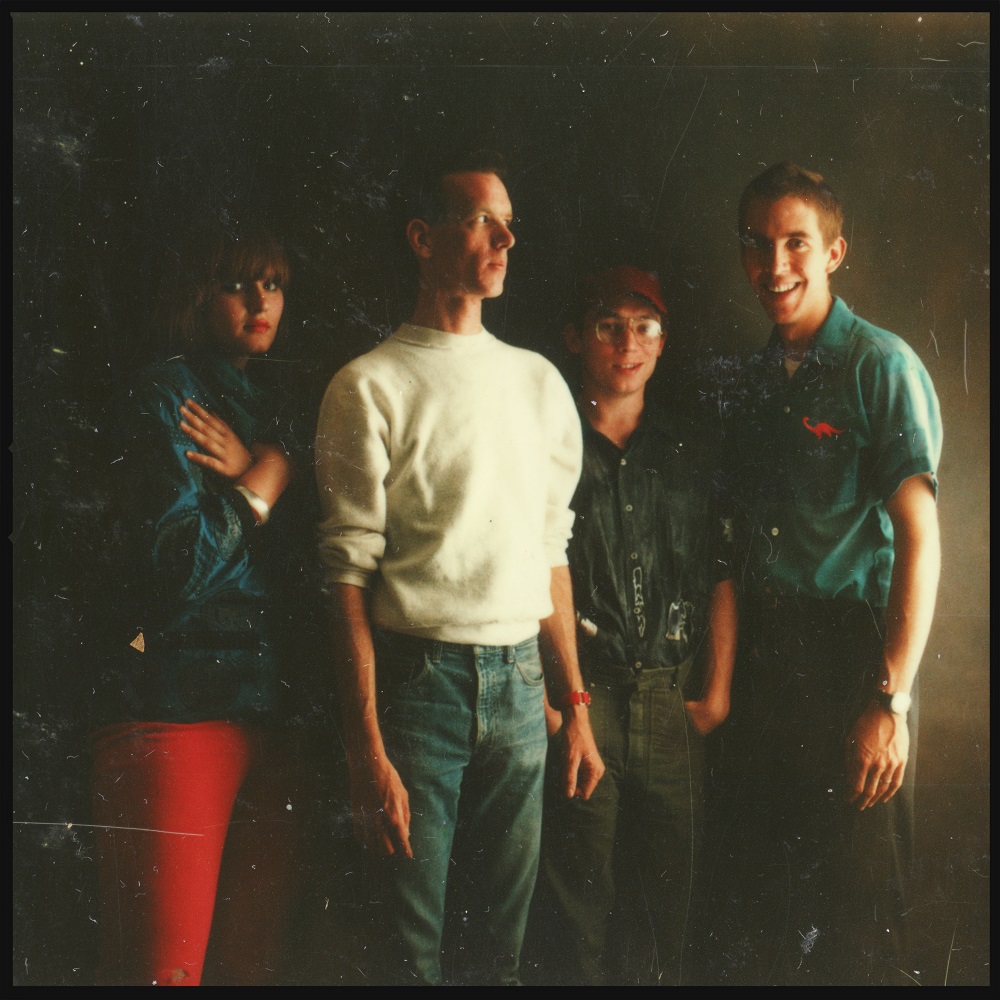 “PYLON is still my favorite Athens band, in fact, one of my favorite bands!”
-Fred Schneider, The B-52s

1983 was a banner year for PYLON. The Athens quartet released their second album, Chomp, on Atlanta-based DB Records, toured the country extensively, and played several opening slots for then-up-and-comers U2. And then, without a hint of explanation, they quit.

Their final show at the Mad Hatter in Athens, Georgia, was, as was always the case, a frenzy of minimal disco thud, post-punk guitar scree, and deliriously inspired howl. Oh, and dancing – always dancing – both in the crowd and on stage. The gig was recorded (both audio and video) for a failed PBS pilot called Athens Shows, and the tapes were put away and forgotten. That is, until now.

Around three years ago, after PYLON’s DFA reissues hit the street, Chunklet CEO (and card-carrying member of the PYLON Fan Club) Henry Owings emailed the band bemoaning the lack of bonus material on the CDs, which sparked a larger conversation. “My favorite PYLON is live PYLON,” said bassist Michael Lachowski, with which Henry wholeheartedly agreed. Following a cordial sit-down at Michael’s apartment over the New Year’s holiday of 2015, an exhaustive search began for live recordings by PYLON. More specifically, live recordings from Athens in the early ’80s. Oh, and that sounded as good, if not better, than their proper full-length albums.

Numerous dead ends followed, but finally, and somewhat fittingly, the multitrack recordings of PYLON’S final performance at the Mad Hatter in 1983 were unearthed. Once the tapes were transferred and subsequently mixed, the explosive and compelling sounds raised one very significant question: Why in the world did PYLON quit?

For a band whose legacy, in their original incarnation at least, was two full-length albums and a handful of singles, PYLON were first and foremost a live band who weren’t as interested in working in a studio. PYLON’s raison d’être was performing for a crowd, and now there’s conclusive validation.

PYLON LIVE is a double vinyl album recorded on the band’s home turf at the culmination of their powers, and the results could not be more stellar. An all killer, no filler set with nothing left on the cutting room floor, PYLON LIVE includes powerful versions of the PYLON canon from their first and second LPs and even the hard-to-find song “Party Zone” (previously available only on a DB Rec comp) and their never-before-released rendition of the “Batman Theme.”

When compared to the band’s prior body of work, PYLON LIVE bookends all of it; some might even say it’s a better representation of this Athens quartet, who thrived on bouncing around on stage infinitely more than sitting in a studio.

There’s little arguing that the Athens powerhouse trifecta of R.E.M., the B-52’s, and PYLON is peerless. And while all three bands have achieved great critical acclaim, only the first two had the commercial acclaim they deserved. PYLON LIVE intends to correct that.

PYLON LIVE is for sale at chunklet.com, chunklet.bandcamp.com, iTunes, Amazon, and wherever digital music is sold.

SIDE C
Danger
Reptiles
Stop It
Feast On My Heart
Beep