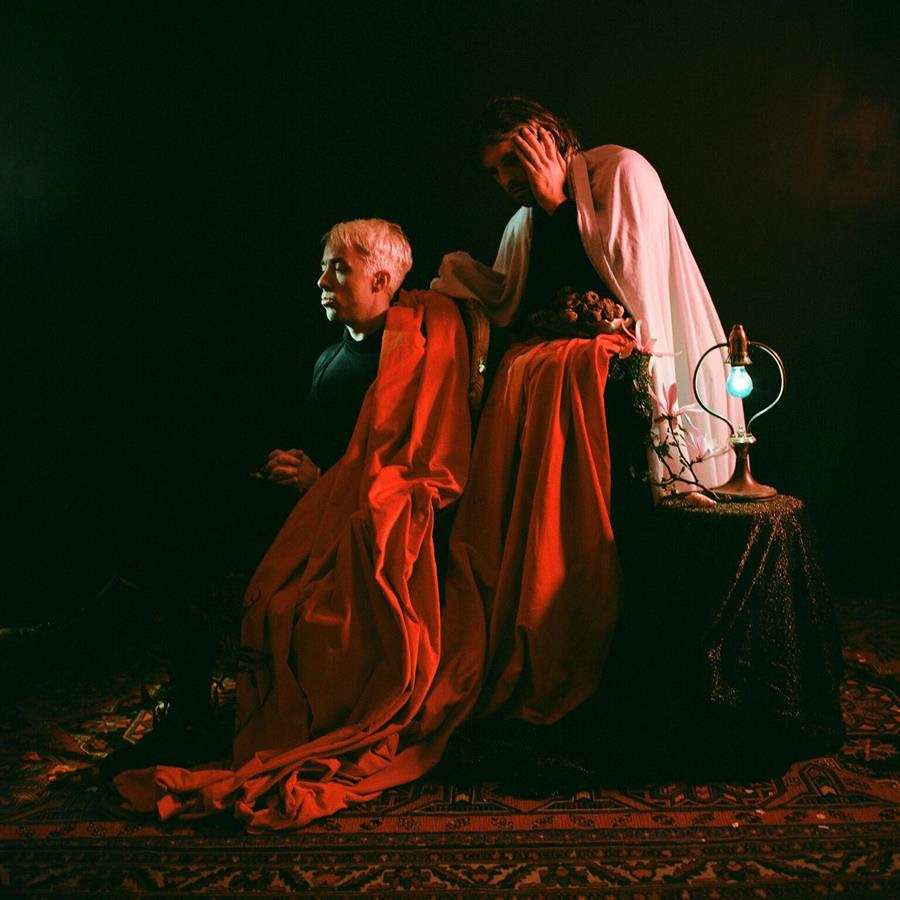 Today Nurses shares a new take on the advance album stream. Instead of a boring visualizer or mere audio stream, the band has partnered with performance artist / designer Ryan Boyle to create an album-length surveillance style video for the band’s new album, Naughtland, which is out this Friday.  It’s the band’s first new release in six years.

Here’s a note from the band about the video:

“An anti-music video for the surveillance age. Perfomance artist/fashion designer Ryan Boyle is unafraid of who may be watching or what they might see. Alternating between mundane domesticity and performative domestic surrealism, he confidently lounges, stretches, dances, and indulges our voyeuristic appetite. Like the personification of the internet’s collection of cat videos, Boyle channels Bauhaus Ballet batting at a ball of string.”

Bio:
Nurses is the long-running musical project of Aaron Chapman and John Bowers. Raised in the isolated and predominantly Mormon town of Idaho Falls, Idaho, the duo met through music and a shared restlessness that is still evident in their music today. The project has seen many iterations, but the common thread of making the strange seem familiar—and the familiar strange—remains.

After leaving Idaho, their wanderlust brought them to a farm in rural California, a van in Chicago, and an attic in Portland before planting roots in Portland and LA, respectively, where they now find themselves collaborating at a distance but sharing a space on the internet.

The releases of critically-lauded albums Apple’s Acre and Dracula saw them touring with Stephen Malkmus and the Jicks, the Mountain Goats, and the Tallest Man on Earth, among others. And while these pairings seem to signify roots in folk and rock, it is telling that the A$AP crew freestyled over the beat from “You Lookin’ Twice” for Pitchfork’s Selector.

After six years of relative silence, Nurses return with Naughtland, a title the reclusive duo arrived at after conversations about the origins of ideas and inspiration and whether they are generated internally or plucked like fruit from the tree of some independent non-place.

On Naughtland, Nurses invite us along as they continue to plumb the stranger depths of the human condition. Themes of ephemerality and materiality, life and death, and love and terror pervade. From the in-body, exuberant-terror of Why, to the out-of-body examination of the struggle for self in the duality of contemporary identity on the title track “Naughtland,” we find ourselves lulled into the thirdspaces of duality, suddenly comfortable outside the confines of our Saussurean binaries.

Album opener “In the Mirror,” a Dr. Dre-like production in a Lynchian nightmare, sets the foundation for Chapman’s wild-eyed musings: “I had the funniest dream that we were all gonna die” and “Nothing is forever, forever is too long”—an anthem celebrating life or oblivion or both.

Fortress joyously extols the virtues of living under a rock, or perhaps makes the most of feeling alienated/entombed—we’re never sure. Can we be both? Whatever the case, Nurses want to make it clear that however dark the subject matter may be, they’re a sympathetic friend along for the ride: “If anyone here has something to fear it’s not from us.”

“Silver Moonlight” takes stock of our relationship to inescapable sociopolitical realities—albeit from an abstract expressionist point of view via scatterbrained meditations on the anguish of police violence, race, and class struggle. The contradictions inherent in the isolation/groupthink of echo chambers, the telephone-like interplay of information and disinformation, the constant pendulum of engagement and exhaustion, and the stress of moving forward without a clear path while a unnamed doom looms (“1, 2, 3, 4…24 hours more”) all characterize contemporary political discourse and beg the question of where truth and beauty lie in such a state.

“Heavy Money” gives us Lexapro-Simon and Garfunkel over a minimalist hip hop beat, as Bowers thinks aloud about the weight of capitalism and the cost of a life led in the pursuit of money. Nurses, however, also make time to indulge in the sweeter aspects of life. Pillow Talk, a free-associative love letter, gives us an argument for taking a break from the world and spending the day in bed with a lover. We feel sunlight pouring through the window and the tug of life’s obligations as Chapman coos persuasively, “A day is all it is.”

“Yours to Keep,” inspired by Chapman’s recent marriage, considers the contradiction of loving while keenly aware of the terror of having something to lose. Caught between these two states is an ode to stopping to smell the roses while we can, allowing the tenderness of a moment to inspire us to act in spite of our fears.

An album of paradoxes and emotional fog, Naughtland wears its contradictions comfortably, and encourages us to do the same. Nurses’ foremost preoccupation seems to lie in sharing their truth, and encouraging us to find our own by attempting to see beyond the dissonance we might feel. But the journey, more than the destination, may be the point here. A conviction of contradictions and musical fluidity keep the listener off balance but begs us to lean in with the promise of surprise—if not to sympathize, then perhaps to spectate as two longtime friends love and lose and share with us their pursuit of truth. 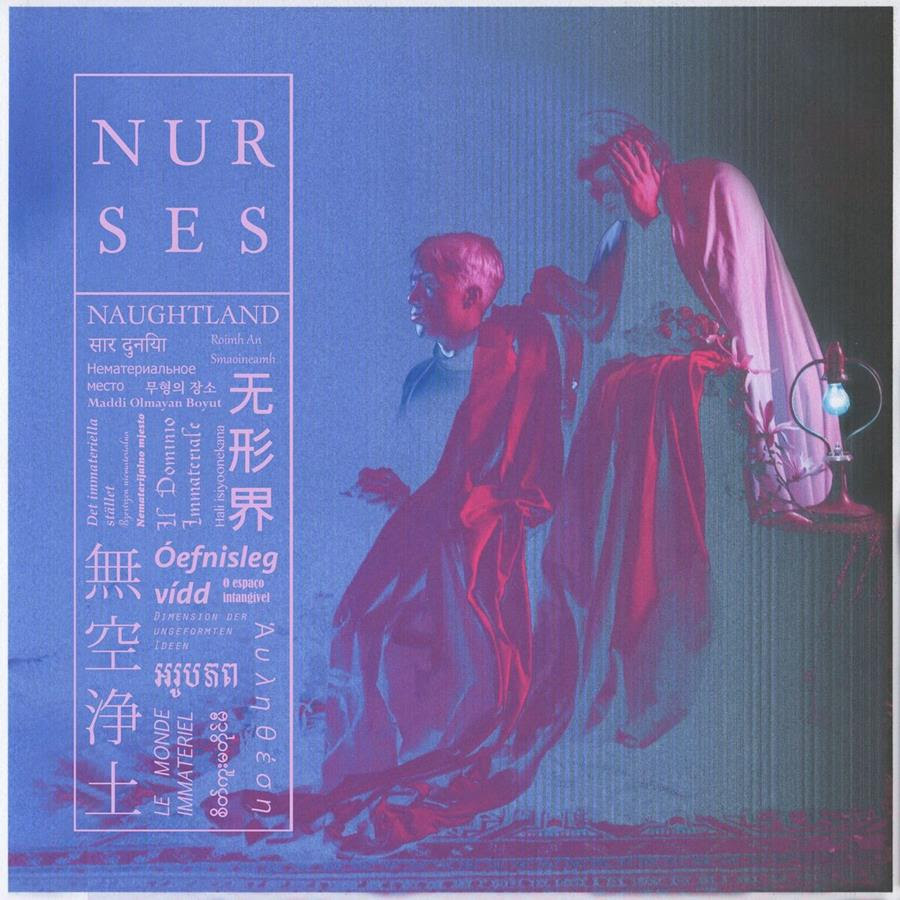