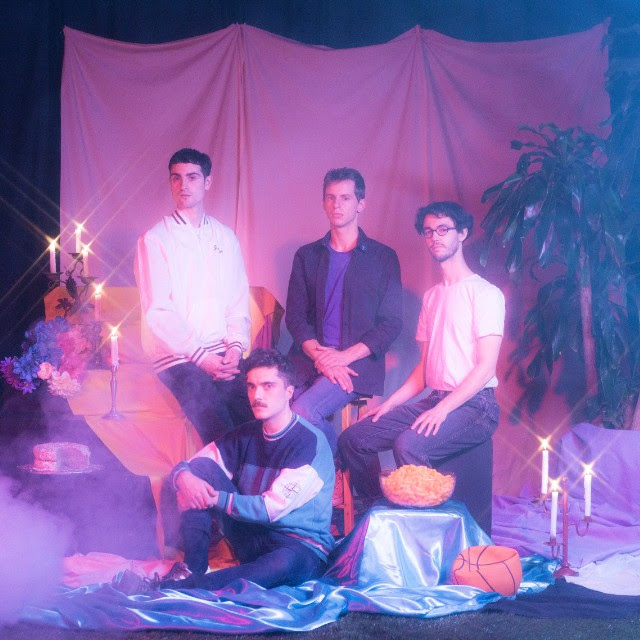 The Up Here Place, the debut album from Montreal’s noise-pop quartet Look Vibrant, is a wonderpot of musical inventiveness and immediacy, boiling over with energy and steaming into bliss.  After releasing two singles of pure noise music (Plateau and Sweater in the Lake), and an EP of polished indie pop (Only Qualms), on their debut album the band has perfectly combined these two elements into a product that is equally refined and unhinged. The songs teeter on the brink, threatening to fall apart at your feet, while somehow remaining intact by a logic that is uniquely Look Vibrant.  Thematically, the album is an exploration of naive ambition, the constant need to reach ever growing heights, and the inevitable sharp drop that comes in its wake.

The album was written over a two year period in which songwriters Matt Murphy and Justin Lazarus were both students – at Concordia and McGill universities respectively – demoing in-between classes and touring in between semesters.  The duo originally met at the tender age of 11, as members of a children’s acting group in their home town, Toronto.  Their creative chemistry was apparent from the beginning, bonding over a shared devotion to middle-school emo-pop and a yearning to perform. Their kinship blossomed, yielding several gawky musical projects throughout their teens. This strong musical partnership eventually culminated in the move to Montreal and the formation of Look Vibrant.

The title The Up Here Place was born of a conversation between Matt and a good friend, during a particularly rough time in both their lives. It refers to “that illusory point of stability, where every moment of your day falls smoothly into place, and nothing feels arduous or hopeless,” Murphy says. “Of course, it is sort of a mistake to assert this ‘place’ as an end-in-itself, as stability generally lapses to and fro, and to take these moments out of context is to miss the bigger-picture.”  Each song on the album presents an exaggerated aspect of Murphy or Lazarus’ personality, caricaturing specific traits and cartoonish pitfalls. “These are the sorts of guilty characters you might embody in your dreams,” Lazarus says, “where you wouldn’t necessarily empathize with them when you wake up, but you know, deep down that they’re a part of you. We wanted to express feelings of longing for some heightened way of being, while acknowledging that these needs aren’t to be taken too seriously, lest we lose grip on what’s actually happening and what actually matters.”

The Up Here Place is a grappling with naivety itself and a beautiful learning process embodied by a volcano of feelings and sonic experimentation. “We grew so much through the creation of this first album,” Lazarus says, “and this feeling of metamorphosis comes across in the songs. I’m deeply grateful to everyone who made this extremely unwieldy and exciting version of ‘growing up’ possible.” 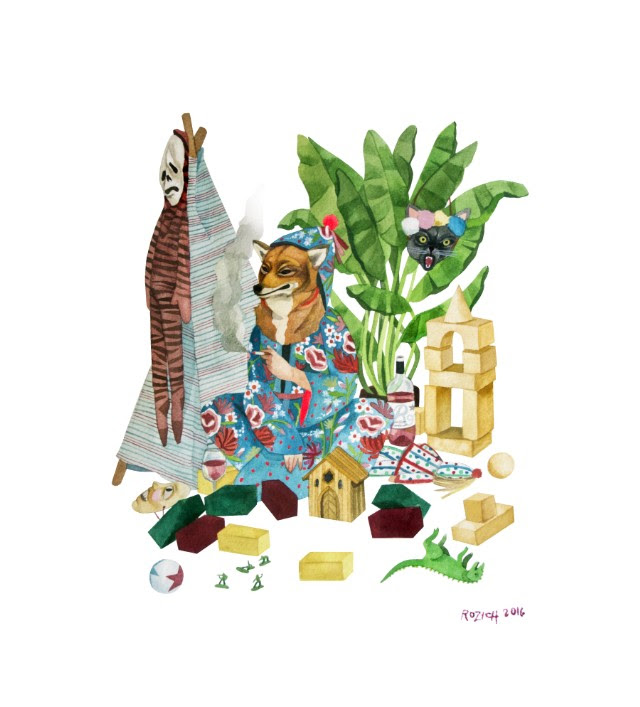