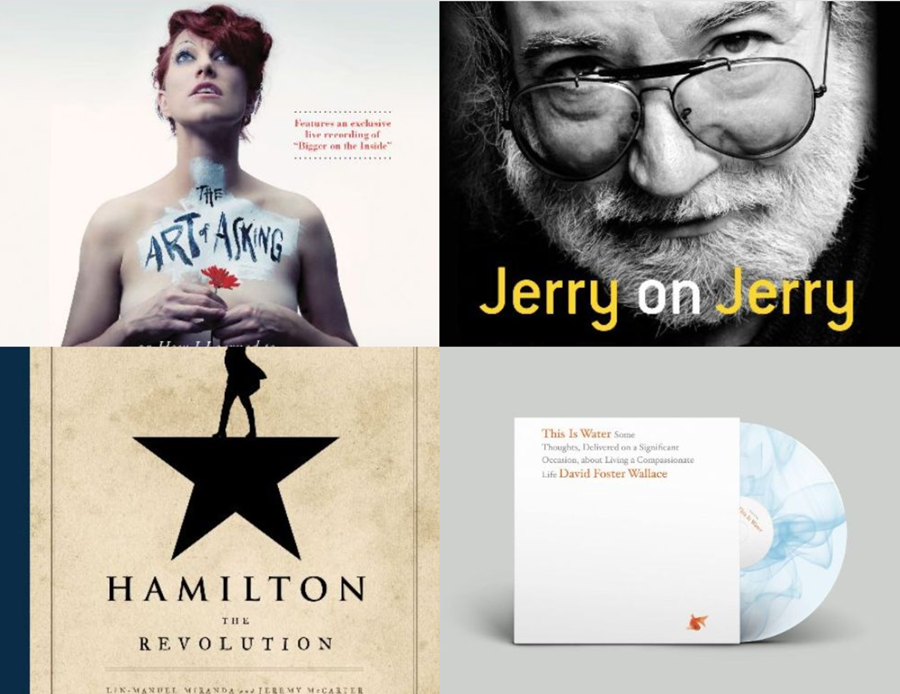 New York, NY (Feb. 27, 2018)—Hachette Audio, an imprint of Hachette Book Group, today
exclusively announced via Billboard that it will produce a series of vinyl + digital audio titles in 2018
starting with the release of David Foster Wallace’s This Is Water, which is available today in two
limited collector’s editions. 1500 of these records feature a blue-and- white water-inspired design for online orders, while 500 have been pressed on orange vinyl, which will be available in
independent book and record stores. The vinyl series will be distributed and product managed by Wax Audio Group, an independent record label that specializes in unique vinyl releases.

According to Anthony Goff, SVP & Publisher of Hachette Audio, “As we’ve all seen recently reported
across major media, the dramatic and sustained rise of audiobooks continues, so there is no better
time than now to expand our catalog with an audio format that has seen amazing resurgence with a
greater dedication of retail space and online merchandising. Though we published our first vinyl
record, David Sedaris’s Live For Your Listening Pleasure, in 2010, we’re thrilled to be able to
announce a new, more extensive publishing partnership with Wax Audio Group, and a full list of A-
list releases planned through 2018.”

“On the business side it’s rare that a new vertical presents itself and even rarer that it is such a
collectible and tactile format. Vinyl audiobooks bridge the gap between retail book and record stores but more than anything else, it’s cool and when you have something you’re proud to be a part of — it’s the most rewarding part of any release,” added David Bason of Wax Audio Group.

This is Water originated from a commencement speech given by Wallace at Kenyon College on May
21, 2005, and was later published in book form as This Is Water: “Some Thoughts, Delivered on a
Significant Occasion, about Living a Compassionate Life.”  Time magazine has ranked it among the
best commencement speeches ever delivered. Other titles confirmed for vinyl release this year
include Hamilton: The Revolution by Lin Manuel-Miranda and Jeremy McCarter, Jerry on Jerry by
Jerry Garcia, edited by Dennis McNally, Lonely Boy by Steve Jones, The Art of Asking by
Amanda Palmer, The Hard Stuff by Wayne Kramer, Nelson Mandela’s Favorite African Folktales
and multiple titles from David Sedaris. All of these releases will also include complementary digital
download codes for the full version of the audiobook (for titles too long to fit on one or two LPs).

“The Coalition of Independent Music stores is very excited to be partnering with Wax Audio Group
and Hachette Book Group in the release of audiobooks on vinyl. With the resurgence of the vinyl
format we think the day has come for spoken word records to find their place in the modern record
store and bookstore alike. The caliber of artists surfacing through our partnership is unbelievable
and a real representation of the power of the modern author to reach a new and bigger audience
through a format that is both historical and ground breaking at the same time.” -Michael Bunnell,
Executive Director, Coalition of Independent Music Stores

“There’s a new opportunity to curate a unique offering on vinyl that appeals to the fan and collector
that is crossing over between these two listening experiences. This is especially true when you add
exclusive content, limited editions, and the incredibly high production value that is the touchstone of an important publisher such as Hachette Book Group.” – Jeff Bowers, Wax Audio Group

“Think Indie is thrilled to be teaming up with WAX Audio and Hachette Book Group—we’re looking
forward to connecting the world of audiobook lovers with the world of vinyl lovers.  The possibilities
are endless for this format and we think these releases are going to make fans of the authors
extremely happy and allow our company to broaden its reach into the marketplace and help bring
vinyl into outlets that have never offered it to their customers before.” – Scott Register, Think Indie
Distribution