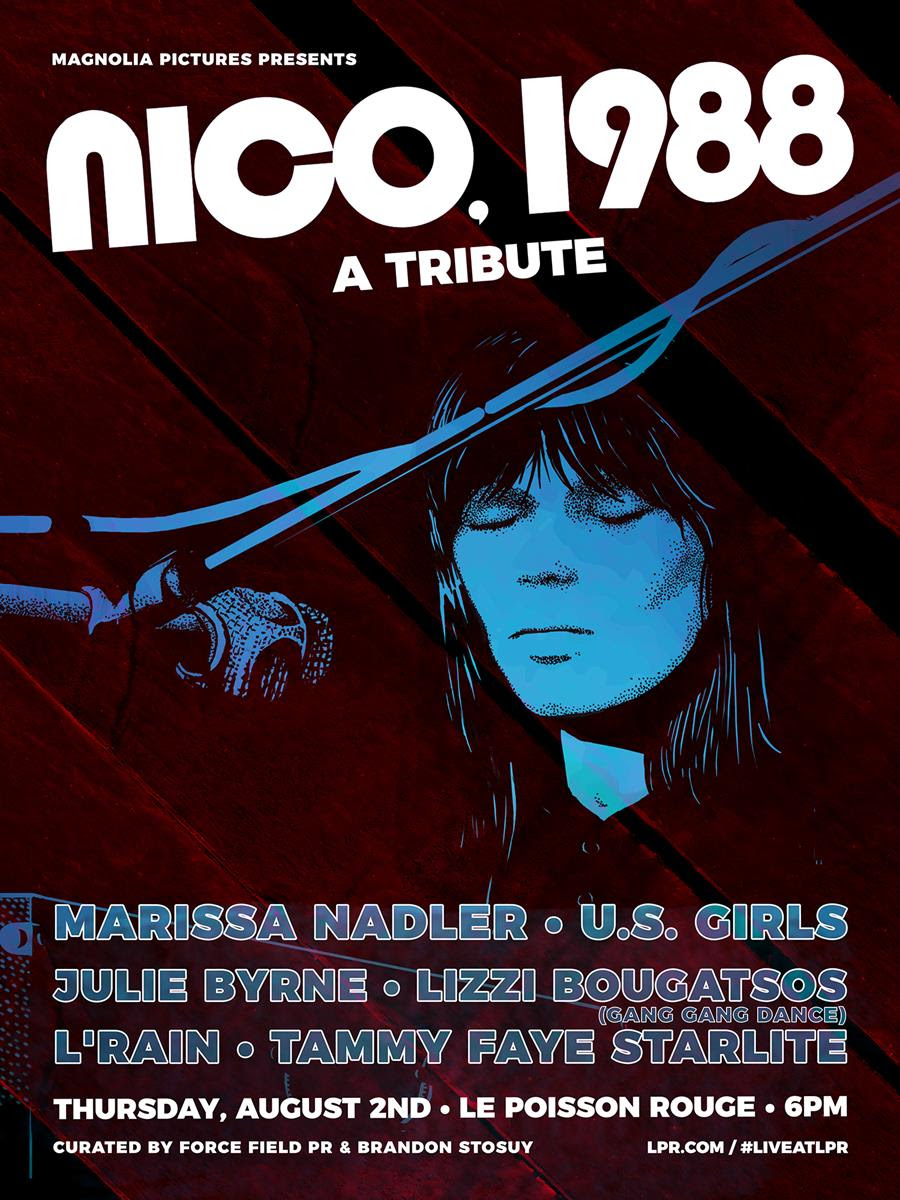 Join us on Thursday, Aug. 2 at LPR in NYC for this very special one-night only concert celebrating the music of Nico and the release of the new film Nico, 1988, starring Trine Dyrholm, directed by Susanna Nicchiarelli and opening in NYC on Aug 1 and in LA on Aug 3. This intimate tribute concert will feature six artists performing a mix of Nico covers and originals, including Marissa Nadler, U.S. Girls, Julie Byrne, Lizzi Bougatsos (Gang Gang Dance / IUD), L’Rain and Tammy Faye Starlite.

NICO, 1988 features a tour de force performance from Trine Dyrholm’s as the aging Nico (aka Christa Päffgen), interpreting rather than impersonating the famed singer-songwriter as she approaches 50. Leading a solitary existence in Manchester, Nico’s life and career are on the ropes, a far cry from her glamorous days as a Warhol superstar and celebrated vocalist for The Velvet Underground. Nico’s new manager Richard (John Gordon Sinclair) convinces her to hit the road again and tour Europe to promote her latest album. Struggling with her demons and the consequences of a muddled life, she longs to rebuild a relationship with the son Ari (Sandor Funtek) she lost custody of long ago. A brave and uncompromising musician, Nico’s is the story of an artist, a mother, and the woman behind the icon. Opens Aug. 1 in NYC and Aug. 3 in LA.