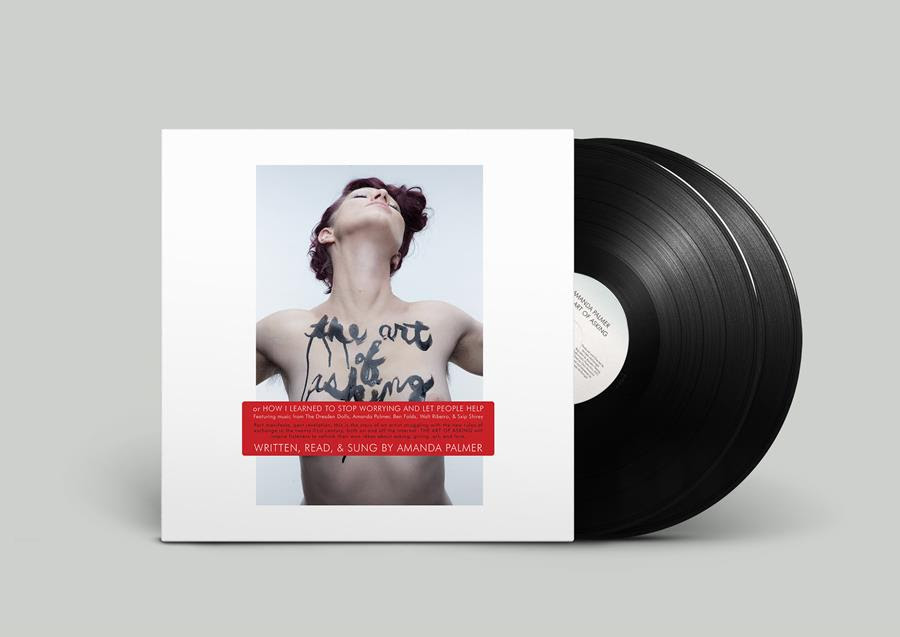 “Amanda has a direct line with her audience—a lifeline for them and for her, the
codependency all truly great performers surrender to…she’s capable of anything, incapable of telling anything but the truth.”—Bono

Imagine standing on a box in the middle of a busy city, dressed as a white-faced bride, and silently using your eyes to ask people for money. Or touring Europe in a punk cabaret band, and finding a place to sleep each night by reaching out to strangers on Twitter. For Amanda Palmer, actions like these have gone beyond satisfying her basic needs for food and shelter—they’ve taught her how to turn strangers into friends, build communities, and discover her own giving impulses.

In THE ART OF ASKING (available for the first time on vinyl), Amanda—who rose to fame as the lead singer for the acclaimed band The Dresden Dolls and now performs as a solo artist who embraces (and explodes) traditional frameworks for music, theater, and art—expands upon her popular TED talk to reveal how those of us without thousands of Twitter followers and adoring fans can learn to ask. As Amanda writes in the book’s introduction:
“Asking is, in itself, the fundamental building block of any relationship. Constantly and usually indirectly, often wordlessly, we ask each other—our bosses, our spouses, our friends, our employees—in order to build and maintain our relationships with one another.
Will you help me?
Can I trust you?
Are you going to screw me over?
Are you suuuure I can trust you?
And so often, underneath it all, all of these questions originate in our basic, human longing to know:
Do you love me?”

Effective but sincere, THE ART OF ASKING has the power to bring together the movement Amanda has begun, and the potential to become a handbook for creative people or any of us who just want to learn to ask for what we need without shame. Listen to an audio excerpt here. The vinyl also features the songs “Bigger on the Inside” and “Ukulele Anthem.”

Additional Praise for THE ART OF ASKING

“To read Amanda Palmer’s remarkable memoir about asking and giving is to tumble headlong into her world…Then, gradually, as you read along, a doorway opens up in your heart, and you realize, ‘I want to live in a world exactly like hers.’ God willing, this book will show us all how to do it.”
—Elizabeth Gilbert, New York Times bestselling author of EAT PRAY LOVE and THE SIGNATURE OF ALL THINGS

“This is the kind of book that makes you want to call the author up at midnight to whisper, ‘My God. I thought I was the only one.’”
—Jenny Lawson, New York Times bestselling author of LET’S PRETEND THIS NEVER HAPPENED

“Amanda Palmer joyfully shows a generation how to change their lives.”
—Caitlin Moran, author of HOW TO BE A WOMAN and HOW TO BUILD A GIRL