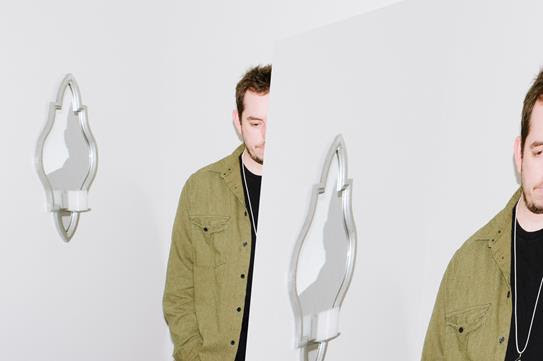 Get A Life is Chase DeMaster, here is a message from Chase:

I am Chase DeMaster. When I was in my early 20s, a recent college grad with mounds of student loans and credit card debt, I wrote a song. That song turned out to be “Get A Job”, and it needed a home. That home, was a band, and so, Get A Life was born. That band was a Tascam Porta 02, a Zoom MRT-3 drum machine and a Frankenstein strat.

One time at a house show for Headphones / David Bazan, I played “Get A Job” for Yuuki Mathews from the Shins. He jumped in immediately encouraging me and helping me bring more song ideas to fruition. From there, Syd Butler at Frenchkiss Records offered me a distribution deal for my own label (#veryjazzed) as a subsidiary of the Frenchkiss Label Group. With the help of Brandon Lemons (The Treaty Oak Collective) we started releasing other bands on #veryjazzed.

As Yuuki and I rounded out the record, I thought we had something special. Yuuki had just wrapped production on the new David Bazan record, “Blanco”, and was crossing the finish line on the new Shins record … Yuuki was producing: David Bazan, Get A Life, and The Shins at the same time. Gotta love that.

We started preparing to release this record. As I am continually championing the book, “Our Band Could Be Your Life”, by Michael Azerrad – this album is quasi-inspired by or, more romantically put, a lost chapter from the book, we named it, Our Band Could Be Your Life or Debt. After all, it was the single song, “Get A Job”, that lead to a band, dream-like opportunities, relationships with so many talented people, and a infinite amount of long hours for little pay or the best job I could be so lucky to have! Love it!

I decided to make a guitar pedal. I reached out to continually inspired Drew Schuessler at Loose Liquid Pickguards. We collaborated on the most rad Distortion / Fuzz Pedal which we now use and sell on online.

On February 8th 2019, everyone, noob and old, can put on their new Get A Life record, grab their guitar, plugin their new Get A Life distortion pedal and literally join our band. And if someone does that with enough intention, for long enough, they might be lucky enough to have a job they truly love! 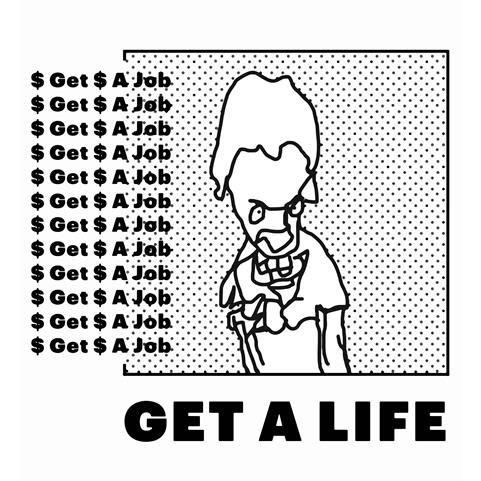 Get A Life
Our Band Could Be Your Life or Debt
(Artificial Head Records / Forged Artifacts / #veryjazzed )
[Click here to pre-order] Street Date: February 8, 2019