By Force FieldMarch 7, 2019No Comments

‘Alright Already’ is due March 15 “‘Said & Done” was the final song I wrote for Alright Already. While writing the record, I began to face a lot of my bad habits. Like realizing I’d spent too much time worrying about what people were going to think about me or my music. ‘Said & Done’ summarizes that experience for me. It’s about choosing to accept these habits instead of being stuck with self-judgment and resentment. With that acceptance, I’ve been able to let go of regret and leave those mistakes in the past.” – Jay Louis, frontman of La Fille

Jay started La Fille in his home state of New Jersey where he self-released two EPs before venturing out west in search of like-minded musicians. Once in Seattle, the singer and guitarist quickly began writing his upcoming debut LP Alright Already, which was inspired by his recent uprooting. Louis soon met drummer Joe Oakes via a Craigslist ad. Oakes had intended to start a punk band, but the two hit it off, pursued La Fille instead, and thereafter, recorded Alright Already with Michael Benjamin Lerner of Telekinesis. La Fille can now be found performing the unreleased record as a four-piece band with Tom Moskal on bass and Jackson Fahey on lead guitar. 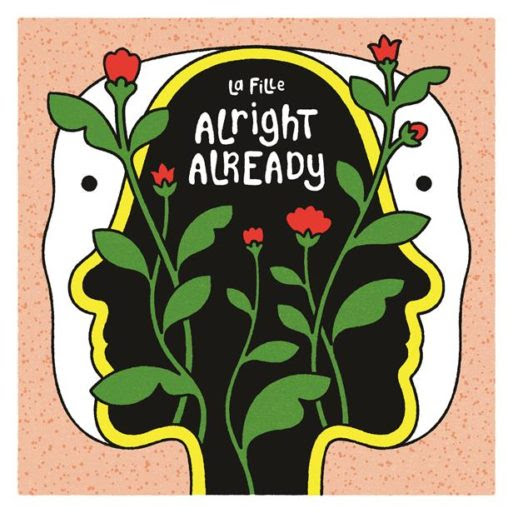