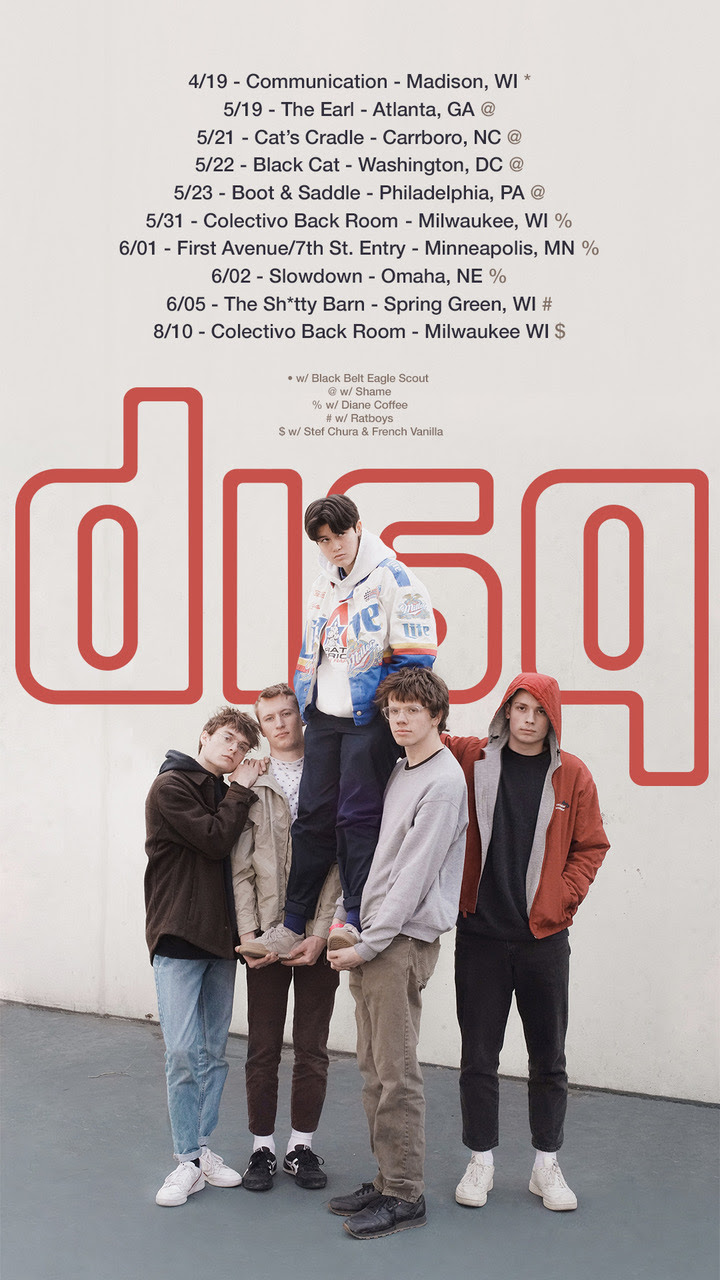 Hailing from Madison, WI and Viroqua, WI, Isaac deBroux-Slone and Raina Bock were introduced as infants, and went on to transform their life-long friendship into the band Disq in their early teens.

Raised by artistically-inclined parents, Raina grew up attending Waldorf schools and learned to play multiple instruments at a very young age, while Isaac spent countless hours teaching himself to produce and record music in his mom’s basement. After honing his sensibilities recording his and Raina’s early work, he went on to record Disq’s first full effort, 2016’s mini-LP, Disq 1. Isaac then began recording his friends’ bands in that same basement and while both members were still in their teens, Disq released their first project, helped usher in other new talent through Isaac’s engineering work and opened shows for the likes of Whitney, Twin Peaks, Jay Som, and Quilt as those bands toured through Madison.

In January 2019, Disq released a 7” single titled “Communication b/w Parallel” as part of Saddle Creek’s prestigious Document Series, along with an accompanying video shot in and around the rolling hills of Viroqua, WI. Upon release, “Communication” was hailed as one of The Fader’s “20 Best Rock Songs,” and one of Stereogum’s “90 Favorite Songs of 2018.”

The band—whose line up has grown to include Brendan Manley, Logan Severson, and Shannon Connor—made its debut at SXSW in March of 2019, having been named one of NPR’s “Austin 100” bands to watch, and NME’s “Five New Bands to Check Out.” Following their showcases in Austin, Disq was among Paste Magazine’s “20 Best Acts at SXSW” and made Vinyl Me, Please’s list of “10 Best Artists We Saw at SXSW 2019.”

The band is currently recording its first full-length release in Madison and Los Angeles, and bringing its homegrown brand of psych-soaked power-pop to stages across the country. 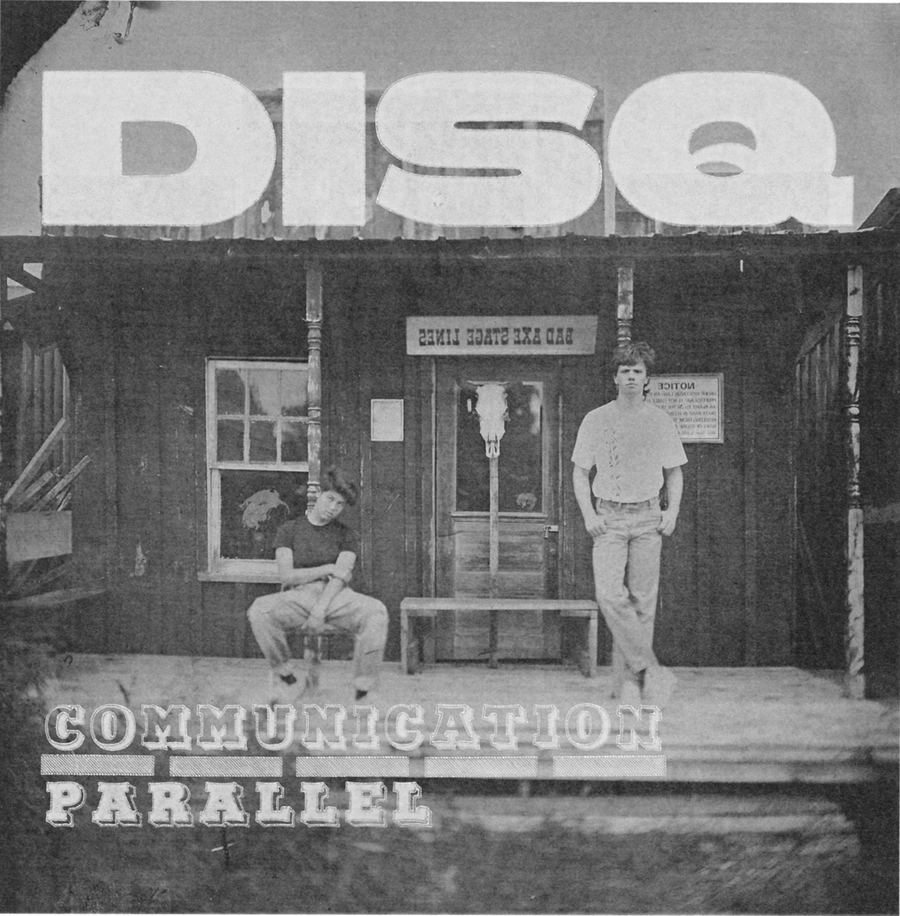