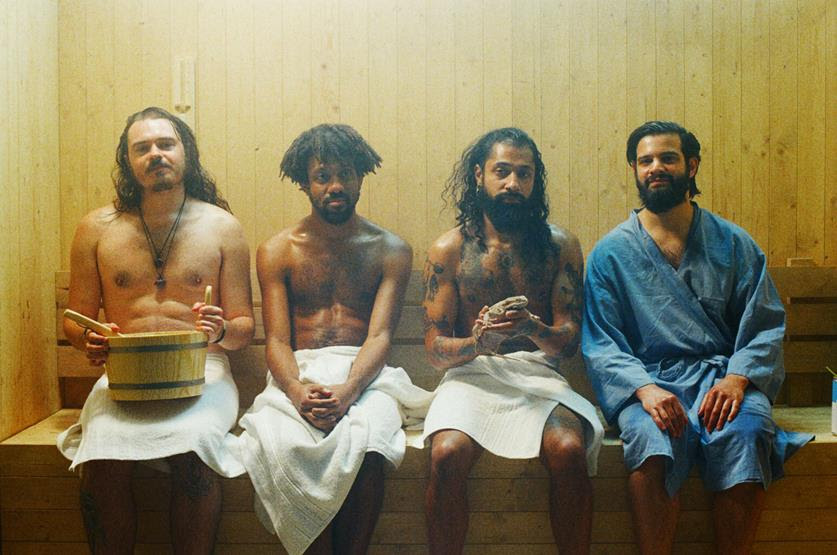 Today KCRW premieres Flamingods‘ psychedelic fever dream video “Olympia”; check it out here. With a puff of steam and the swivel of a bearded dragon’s eye, Flamingods are back and they’re sweating it out in a sauna fever dream. Coinciding with the video premiere is the addition of European tour dates to their UK & Ireland dates along with special Friday night warehouse party show at Studio 9294 in Hackney, London.

“Olympia” is taken from Flamingods’ latest album Levitation which is out now on Moshi Moshi Records. “Olympia” delights in spectacular fashion thanks to its light synths, charging drums, and pristine vocals. Fuzzy guitar hooks and a combination of electronic textures create a heady and layered piece of exotic psychedelia. Over the course of three minutes, Flamingods take you on a thrilling and fast paced journey through their world.

Regarding the video director Andrea Mae stated “For this video, I was inspired by the ghosts that haunt each of us human beings. I chose to have one of these as a central character of the narrative and to give it a place filled with light, positivity, or perhaps a touch of humour. The sauna was an addition to this concept because it is purifying place, a room where you are in company and in a state of peace. I wanted something that looked like a modern day psychedelic cartoon, but mixed with some vintage, experimental footage to try and create a hybrid that looks part 60’s and part now.”​ 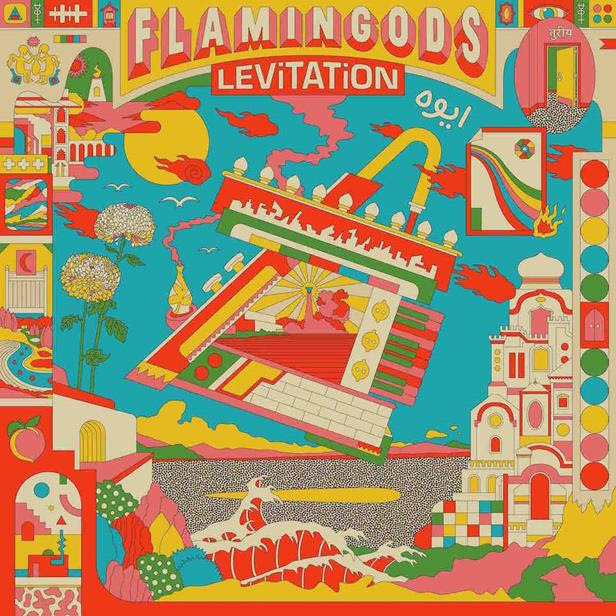