By Force FieldDecember 3, 2019No Comments 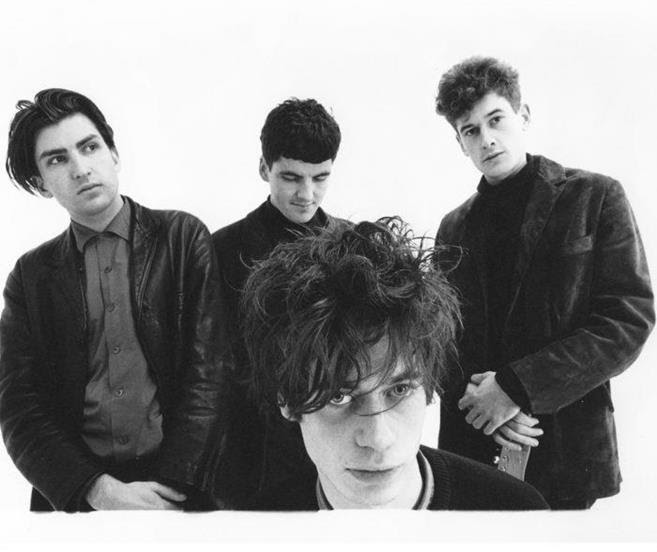 Slumberland announces deluxe vinyl-only reissue of East Village’s singles compilation, Hotrod Hotel, which is due out on January 24th. Stream two of their classic singles, “Violin” & “Cubans In The Bluefields,” here. The reissue features a heavyweight laminated jacket and full-size fold-out insert with rare band pics and liner notes by Jon Dale.

East Village are one of the great lost bands, a group whose music has only grown in stature since their premature demise in the spring of 1991. Along with other legendary bands like Big Star and The Action, who also failed to fully stamp their mark whilst active, East Village made pop music that was timeless, but out of step with the musical environment around them.

Originally named Episode Four, the band was formed in the mid-1980s by brothers Martin and Paul Kelly in the sleepy Buckinghamshire market town of Princes Risborough just forty miles to the west of London. They were soon joined by Johnny Wood (guitar/vocals) and Spencer Smith (drums) and by 1986 they had forged their brilliant, classic pop sound and recorded their first release, the Strike Up Matches EP, which has gone on to become one of the most sought after releases of the C86 era.

By 1987 they had renamed themselves East Village and relocated to London where they recorded two EPs for Jeff Barrett’s Sub Aqua label. The band gigged extensively through 1988 and 1989, including tours with The House Of Love and McCarthy. The 1989 collapse of Sub Aqua left the band without a label, but they recorded their debut album using money loaned by Bob Stanley, and were soon re-united with Jeff Barrett on his new Heavenly label, releasing their classic single “Circles.” Just as interest in the band was building East Village played a sold out show at the New Cross Venue in South London only to end the set by splitting up on stage.

The album that followed, Drop Out (1993), was mixed and released posthumously on Heavenly and has gone on to be hailed as a classic of its genre. The years that followed saw East Village gain a cult status amongst fans of indie music and prices of original pressings rose rapidly as demand outweighed supply. A singles compilation, Hotrod Hotel, was released to great acclaim by Summershine in 1994, and now we’re very happy to facilitate its first, long overdue, vinyl release. 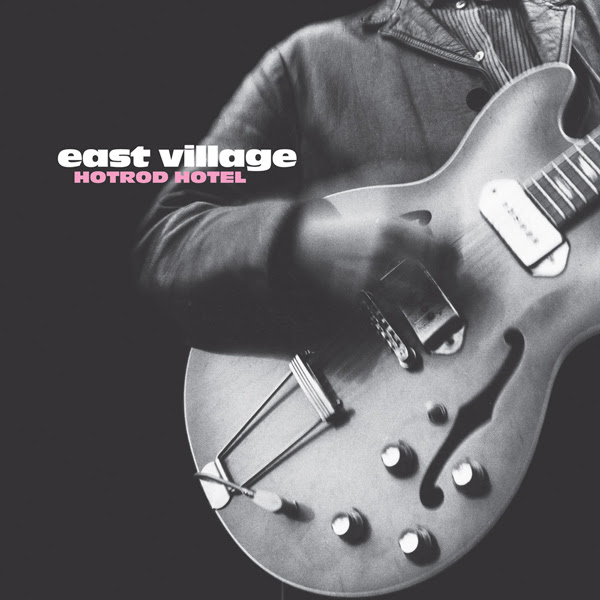