By Force FieldFebruary 14, 2020No Comments 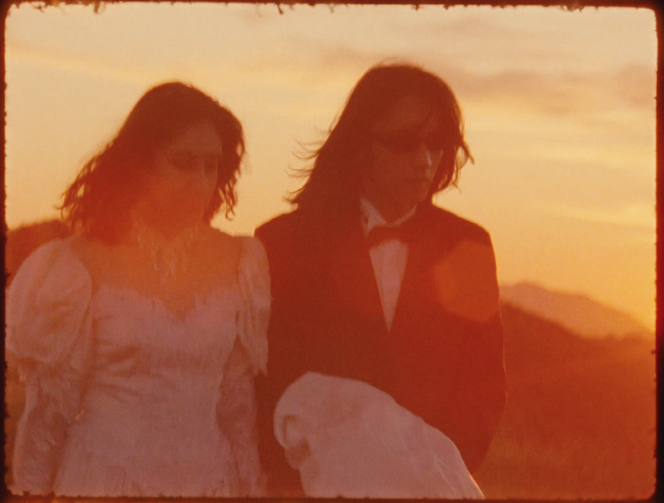 Today, Eyedress debuts his new love filled “Let’s Skip To The Wedding” music video directed by Angela Stephenson (Charli XCX/Little Simz) via HYPEBEAST. Check out the beautifully shot 16mm music video premiere here and be sure to catch Eyedress tonight in Los Angeles at 1720. “Let’s Skip To The Wedding” comes ahead of Eyedress’ upcoming album due this summer via Lex Records.

Regarding the video, Eyedress stated: “Back in December I found out my friend, director Angela Stephenson was coming to LA and we discussed filming a video over DM’s but had no idea what or when. We’ve worked together many times before (‘Used To Be Good Friends’ music video and the Boiler Room Manila documentary).

Before we met up, my manager Chris and I stayed up all night and came up with the concept of the video stoned at our dining table. We only had one day to come up with a treatment to present to my label so we could get a little budget. We were all pretty nervous and excited as everything was going to be shot guerrilla style, and it was also my first time making a video with 16mm film.

Prior to the first day of the shoot, my girlfriend and I drove to the costume shop in Glendale to pick out the costumes for the video and as soon as we tried on the costumes my mind felt at ease as I could start to see how everything was gonna look. Everything was falling into place, but the car we were going to use fell through last minute, so I scoured Instagram for a cool car and ended up seeing my old friend from high school, Tanner’s page, which was full of vintage whips. He put me in touch with our old friend Blake’s little brother who had a sick old BMW. The color was perfect for Valentine’s day.

The car was driven by my buddy Blake from San Clemente High School; I used to come to his place and jam with him when I was like 14. We drove an hour outside of LA to Mount McCoy to film near the big cross. The hike was kind of a trek especially for my GF who’s pregnant, but we managed to film some beautiful shots and filmed as the sun went down. We shot until the film ran out and went to get burgers after.” 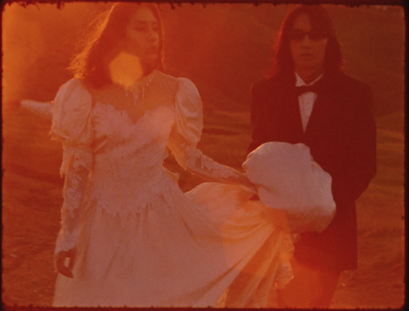 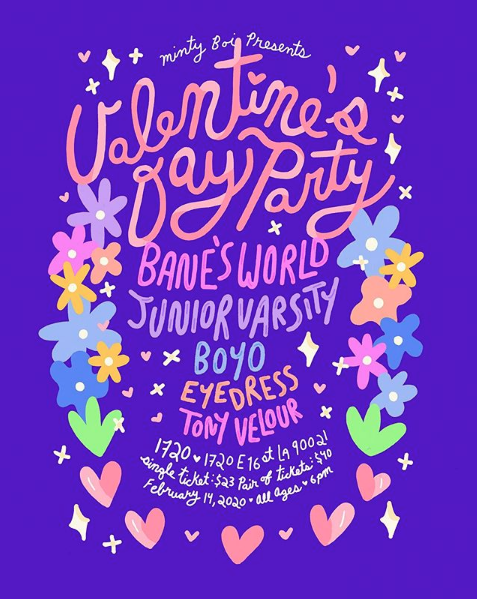 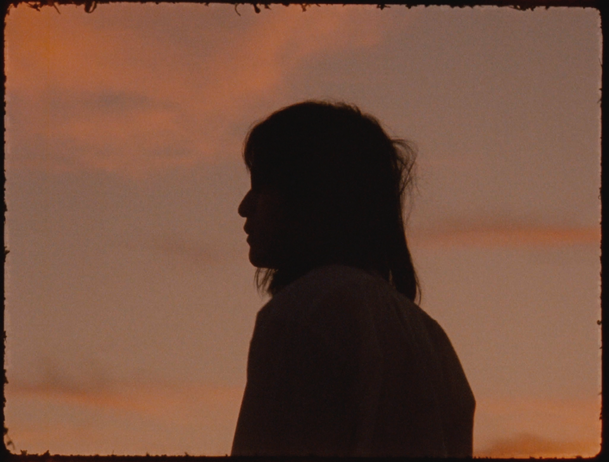