By Force FieldMarch 3, 2020No Comments 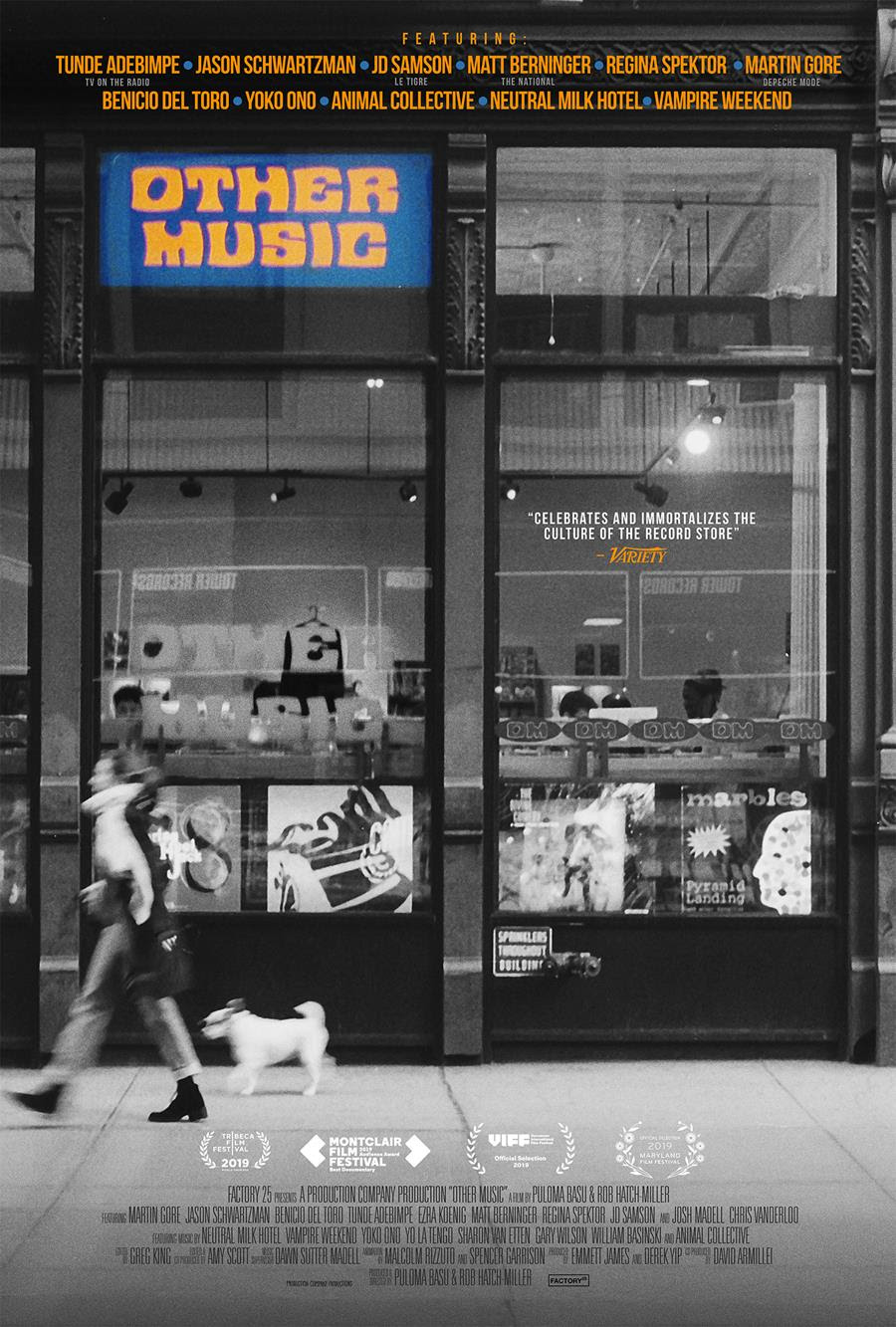 “Celebrates and immortalizes the culture of the record store.” -Variety

Other Music was an influential and uncompromising New York City record store that was vital to the city’s early 2000s indie music scene. But when the store is forced to close its doors due to rent increases, the homogenization of urban culture, and the shift from CDs to downloadable and streaming music, a cultural landmark is lost. Through vibrant storytelling, the documentary captures the record store’s vital role in the musical and cultural life of the city, and highlights the artists whose careers it helped launch including Vampire Weekend, Regina Spektor, Animal Collective, Interpol, Yeah Yeah Yeahs, William Basinski, Neutral Milk Hotel, Sharon Van Etten, The Rapture and TV On The Radio.

The Film will open theatrically in New York City at IFC Center on April 15th and will be playing in theaters in over twenty North American cities and around the world corresponding to Record Store Day (April 18th) weekend. The film will be available digitally in the late summer.

“Our documentary is about the importance of people getting together in a physical space to share and celebrate music and all other types of art. We could not be more proud about releasing the movie in partnership with Factory 25– a company that still cares so much about the theatrical viewing experience, and about putting out physical releases of its films. We’re thrilled to have our documentary be part of the Factory 25 catalog in the company of great filmmakers like Alex Ross Perry. And to have the movie open theatrically at IFC Center just a few blocks from where Other Music existed for two decades is a dream come true.” – Puloma Basu and Rob Hatch-Miller

“Like many other’s, I felt an intimate relationship with Other Music as a customer and was always more excited to have Factory 25 stocked on their shelves than any other shop in the country. I had high expectations of what an Other Music film should be and Puloma and Rob’s utterly exceeded them. I am proud to have Other Music in the Factory 25 catalog and bring it to audiences across the country..” -Matt Grady, Factory 25

Produced and Directed by Puloma Basu and Rob Hatch-Miller