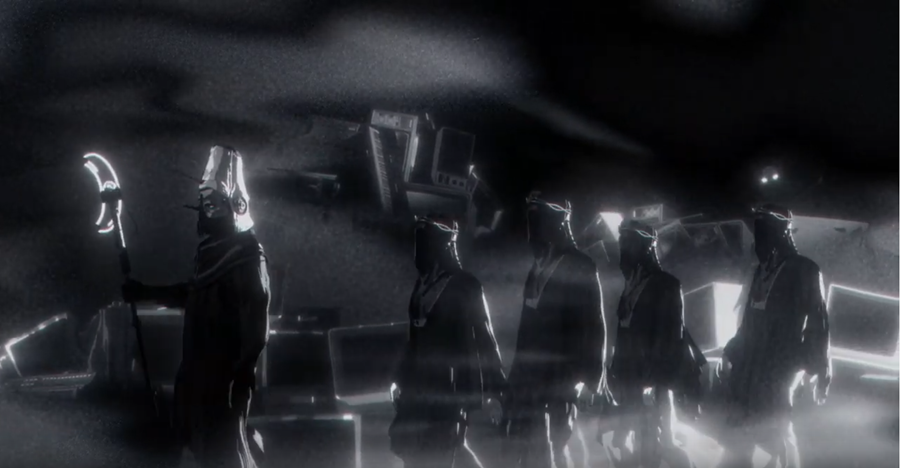 Today, Bottler shares “Weekend,” the third single from their debut EP Clementine which is out this Friday. The duo enlisted animator Dylan Goodsell from their hometown of Buffalo, NY to create a video with an old school horror / sci-fi vibe.

A grimy blend of lo-fi cyberpunk and cosmic horror aesthetics, “Weekend” tells the tale of a small-town cult and their on-air figurehead as they open a rift to another realm. Taking influence from old-school horror – namely the works of directors like John Carpenter and David Lynch – “Weekend” drew inspiration from the often surreal nature of public-access television production, as well as the idea of someone using their platform to perpetuate fear. Finding a way to visualize this paranoia was key in shaping the world in which the video takes place. (Click here for a brief behind the scenes look at how the video was made)

Bottler offers the back story of how they met Goodsell and enlisted him to create “Weekend”:

Bottler met Dylan like the beginning of all great creative partnerships… they knew somebody who knew somebody. Pat’s cousin urged them to meet up one day, and after a brief conversation and a quick peek at his animation reel, they knew they had to work together.

Over a period of a year or so, they went back and forth over email, exchanging a mutual love for dystopian science fiction, cyberpunk retro-futurism, the Miami Vice color story, and all sorts of cartoons and anime. Specific touchstones included Akira, Half Life 2, Under the Skin, Watchmen, Princess Mononoke, The Thing, Tim and Eric, Blade Runner, Dune, Ghost in the Shell, Fallout, Samurai Jack, and many many more.

This collective nerdom materialized itself in their first music video together; “Weekend.” Dylan’s gripping visuals paint a critique of fundamentalist fanaticism and fearmongering against the backdrop of robot guts and rusty VHS players, while Bottler’s hypnotic track propels the rhythmic intensity of the clip forward. 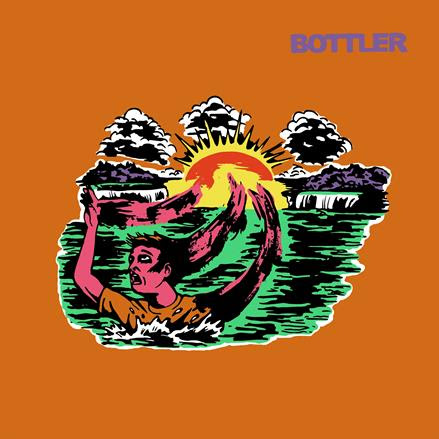 Track List:
1. Nobody Likes Me
2. When I Don’t Think of You
3. Day Sleeper Peace Keeper
4. Weekend