Sing the Snow Away: The Chunklet Years is due 6/20
pre-order the LP here 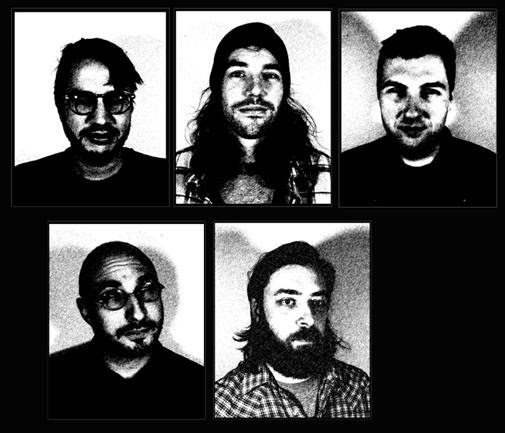 Today, Honey Radar have shared their take on The Monkees’ “Wind-Up Man” & The Vinyl District has the premiere. Check out the premiere here. Along with the premiere is the announcement of Honey Radar’s Sing the Snow Away: The Chunklet Years, a compilation of all of their Chunklet Industries material, which is due June 20th, 2020.

Regarding how the cover came to fruition, Jason from Honey Radar stated: “The Monkees were the first group I was obsessed with when I was a little kid. They had a bizarre TV special in 1969, after their show was canceled, called 33 1/3 Revolutions Per Monkee. It’s almost unwatchable, worse than Magical Mystery Tour, but has some songs in it that I like, and “Wind-up Man” always sounded to me like it would make a good straight-forward rock song. I wanted to record it for years, and we played it live for a while in 2015 and 2016. When Henry asked us to do a split single, he explained that his side would be an impression of the band Slint, which–spoiler alert–is just three minutes of awkward silence. Apparently, there were some very long pauses between songs in their set at Primavera, and this was Henry’s sort of Andy Kaufman take on it. We figured we should also do a cover for our side, and “Wind-up Man” was one we had down and could churn out pretty easily. The handful of times we played it, someone would usually ask about it afterward. One of our friends asked if it was a Wipers cover. I’m glad we were able to make it sound raw enough to get that reaction.”

Bio:
“Honey Radar is an exceptional avant-pop band, currently based in Philadelphia, helmed by guitarist Jason Henn. This compilation pulls together material recorded for singles on Chunklet Industries, the Atlanta label run by Henry Owings. It represents what might be called Honey Radar’s second phase, which began when Henn left Indiana to settle in Sun Ra’s City of Brotherly Love.” – Byron Coley

“Gimme nothing but jams.” That was how Chunklet challenged Honey Radar upon the beginning of their long & torrid love affair back in 2015. What was turned in, and continues to be turned in, is nothing short of bedroom psych pop brilliance. Sing the Snow Away: The Chunklet Yearsshows a band that went from a one man recording project into the more sophisticated (yet still home recorded) band you hear on this album. Three proper singles, a smattering of split singles and some bonus tracks constitutes “Sing The Snow Away.” Covers by The Monkees and The Fall? Yep, we’ve got you. All mastered by Drew Crumbaugh and the artwork constructed by Jason and Chunklet. Liner notes by esteemed scribe Byron Coley. Let the love affair continue. 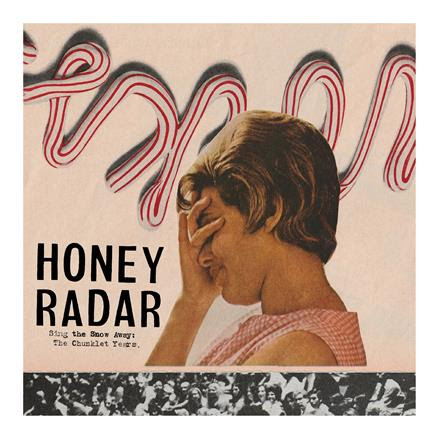