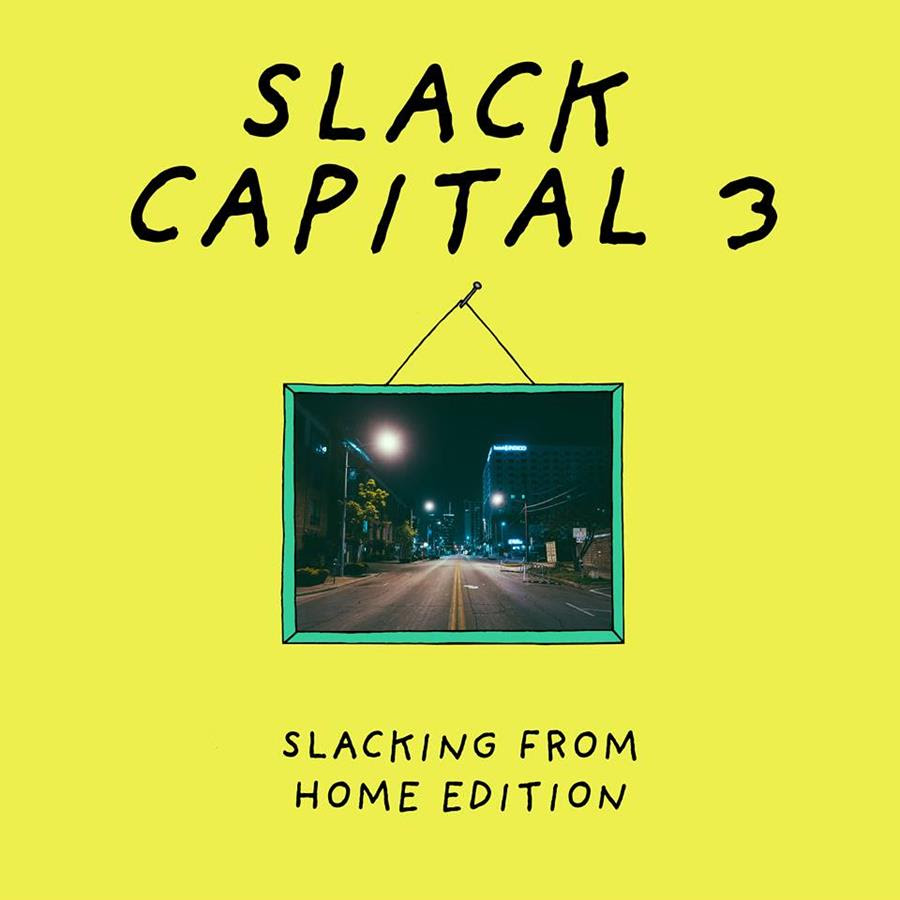 Slack Capital 3 is a 41-track compilation as disparate and fearless as the music scene it represents. Boldly moving between punk, pop, electronica, hip-hop, folk, and rock, the collection of new, unreleased, and rare songs reflects the breadth of Austin music and evidences the city’s proclivity for producing innovative sound rather than a singular
style.

Anchoring the compilation (out via Bandcamp June 19), Austin mainstay Spoon contributes a live cut of “Inside Out,” the standout song from 2014’s They Want My Soul. Following the lead track by the city’s most renowned unofficial music ambassadors, Slack Capital 3 goes on to boast music by Hikes, Botany, Sun June, daphne tunes, Lou Rebecca, among many more of Austin’s most notable rising artists.

Conceived and created during the restlessness of quarantine, Slack Capital 3 enters the world at a time of necessary social unrest. The creators and artists of the compilation stand in solidarity with the Black Lives Matter movement and the call for a comprehensive rethinking of policing in particular, as well as many facets of the existing framework of our society. All proceeds generated from the sale of Slack Capital 3 will be donated to Austin
Justice Coalition, a racial justice group that seeks to educate and build community.

Compilations allow musicians to showcase their best new work to wow fans, or test-run their most divergent new ideas. The age of quarantine emerges as particularly ripe for this kind of self-searching musical adventure. Christelle Bofale’s exclusive, stunning demo wanders through augmented chords and showcases her gorgeous vocals. Jana Horn ambles through a similarly introspective song in her beautifully lilting intonation that follows the
climb and fall of a ponderous bass line. In contrast, Lola Tried rips through an anthemic pop punk earworm, a welcome jolt of energy for these languid days. And Magna Carda continues to kick out Austin’s best hip-hop, with Megz Kelli’s immaculate bars over Dougie Do’s piano loops. Tracks such as Nevil’s “Existential Bread” and Emily Whetstone & Al Dubois’ “Hug” wrestle with isolation, but perhaps most prescient is Calliope Musicals’ cover of
Talking Heads’ “Heaven.” “Everyone is trying to get to the bar…” No kidding. “Heaven is a place where nothing ever happens,” sings Carrie Fussel, asking us to reflect on the sublime prison of our homes.

Most importantly, a compilation places a collective of musicians in concert with one another, bolstering community as it links listeners to new artists through those they already know and love. Slack Capital 3 affords the same excitement of discovery that true believers love about going to shows. Though the project began as an effort to unify a music community in crisis, the solidarity we need now is in the movement toward social reform and justice
for marginalized people of color. Support Austin music and Austin Justice Coalition by supporting Slack Capital 3.