By Force FieldNovember 20, 2020No Comments Today Rare DM shares new single “Send N***s” with an epic music video filmed in the empty streets of NYC at the very beginning of the pandemic. PAPER has the premiere. Erin Hoagg (Rare DM) describes the insanity of filming the video:

“The video started as all GoPro shot on my bike, because I could do it myself without seeing anyone. I would ride my bike from Bushwick to Times Square to the Oculus and back – I wouldn’t get off my bike at all because the city was in lockdown. No bodega, no restroom stops – just bike somewhere with the right spooky aesthetic and ride home. I would go out a few times a week to get a variety of sky backgrounds, and after filming over 8 hours of footage myself, Jordan Fuller and friends filmed me in Manhattan in full PVC attire. Somewhere along the way, some dude caught me on his phone in the wild, and two days after, my Mom in Michigan sends me a TikTok of me on Canal street, already at 480k views – no tag of course – which has now passed 1.6 million views and has comments from around the world asking if I’m Lady Gaga or Keanu Reeves’ gf.”

Bio:
The fractured and fickle nature of modern dating and communicating has been the cause of both frustration and inspiration for Erin Hoagg and her solo music project, Rare DM. After a recent romance unraveled via DM, the Brooklyn, New York-based artist turned her disappointment into her newest single.

Hoagg wrote “Send N***s” after a romantic interest followed up a date with the lacklustre line: “Thanks for the night.” It was the first week of quarantine, and the mixed signals were leaving a lot to be desired. Still, it left her inspired to make light of the situation and make the mundane messages sound magical via song.

“I’m not subtle, I’m not trying to be,” Hoagg purrs over a somber synth melody and a pulsing beat. “I can send my n***s to someone else.” As the beat and the tension mounts, her disaffected monotone breaks into a delicate Billie Holiday-esque lilt over galaxies of synths and an acid bass beat.

In the song’s closing lyrics, she revisits the ritual of preparation—“dressing up to get down.” Whether she’s still dwelling on the previous date or getting ready for a new one is beside the point: the search continues.

“Send N***s” follows Rare DM’s 2019 debut album, Vanta Black, named after the darkest pigment ever created. In a feature interview, PAPER praised its “stream-of-consciousness” lyrics about “love without resolution,” and likened its “retro electronic sound” to “a black cloud that never quite lifts.”

Despite the depths it plumbs, Vanta Black is also lauded for its light. VICE commended its “vibrant chromatics,” saying Hoagg’s “synth programming shimmers, [and] her drum machines burst with vintage warmth.” But the flatness found in “Vantablack” the color is not apparent in Vanta Black the album. As the VICE writer points out, “there’s color even in the deepest darkness.” 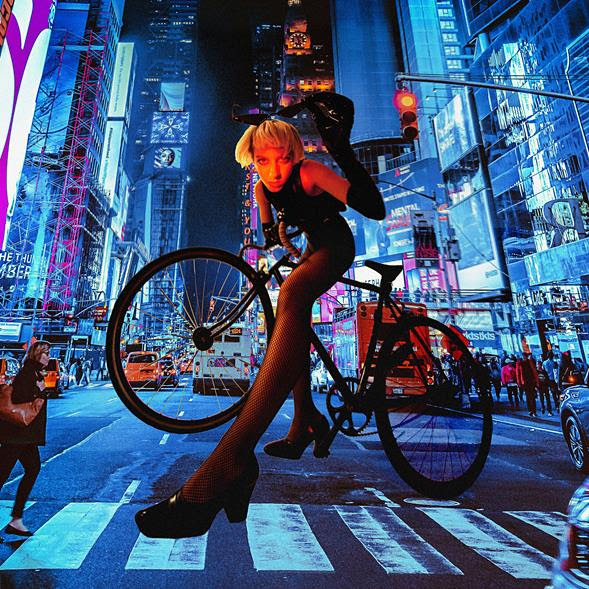