By Force Field
on April 21, 2021
in Uncategorized,Video Premiere 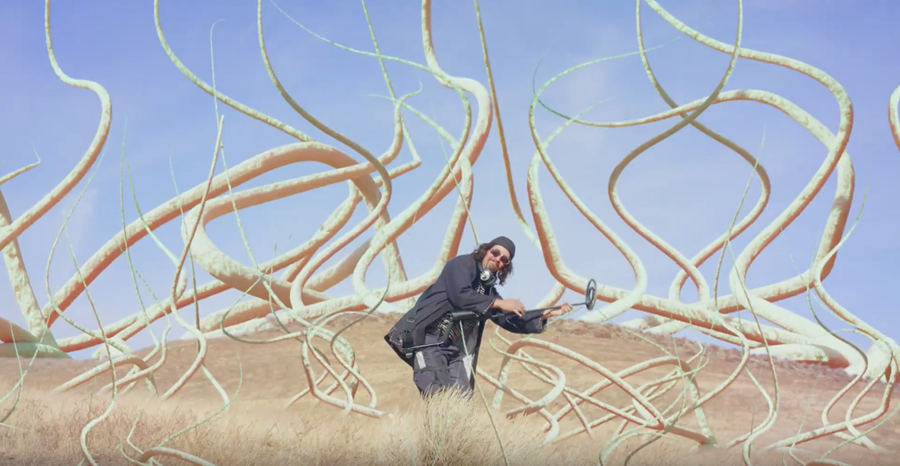 Today Jonny Kosmo is sharing his new single/music “Fool,” which features Jonny having a great hang with a very strange being from another world. Jonny Kosmo’s Pastry is due out on June 4th, 2021 via Feeding Tube (US) & Dinosaur City (AUS).

Jonny gave some words on the single/video:

“There are two sides to every coin. “Fool” is about how our character struggles can also be our greatest assets. In this case it is love and connection with another that allows the defensiveness and protection of the fool archetype to shift to that of a fool for life. I aimed to capture the movement from the rigidity of taking ourselves too seriously to the humor of being human.  This song is accompanied by a video made by Kevin Kearney, Peter Nichols (animation), and myself.”

About Pastry:
Sugar on top and something nice!… Los Angles based artist Jonny Kosmo is back with LP number two Pastry, a tasty treat for the soul out June 4th on Feeding Tube Records and Dinosaur City Records (AUS). Honeyed in funk and R&B, and steeped in pop-strange composition, the sophomore record is lyrically psychological, touching upon themes of community, spiritual metamorphous, and inherent resiliency of spirit. These are spring- boarded by the records construction itself; songs often created from samples of others, continually folding in on itself. The pastiche speaks to the intention: the metanarrative of personal and communal change. Pastry was recorded and mixed at Kosmo’s home studio Slimehouse as well as Record Studio 22 with Tomas Dolas (The Oh Sees/Mr. Elevator) and mastered by Alex Cooley. All of the album’s artwork was created by local Northeast Los Angeles muralist Rodolfo Karodna in celebration of community essence. 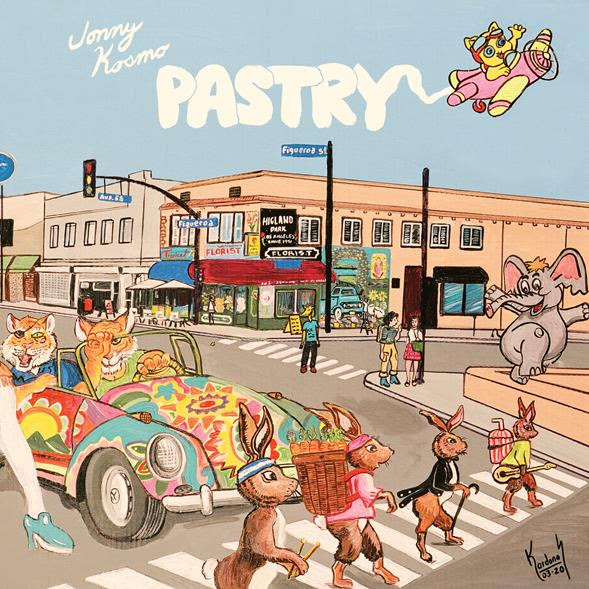 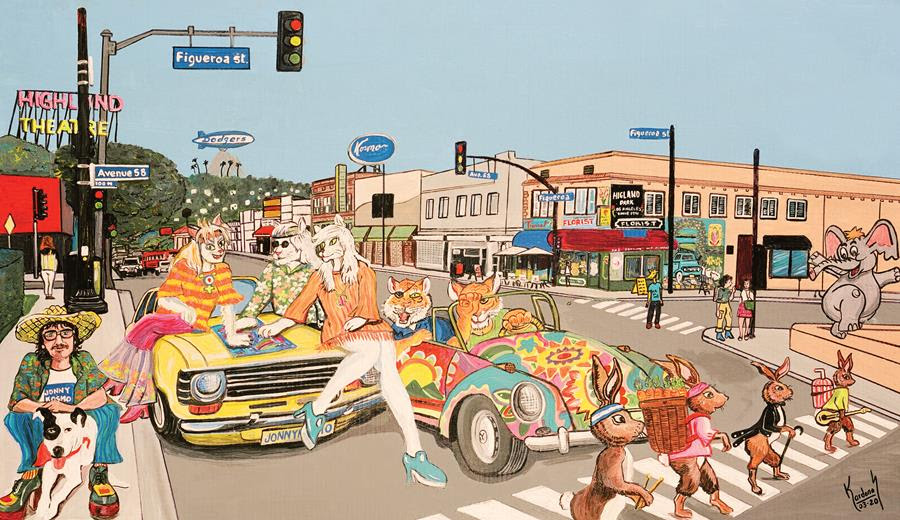