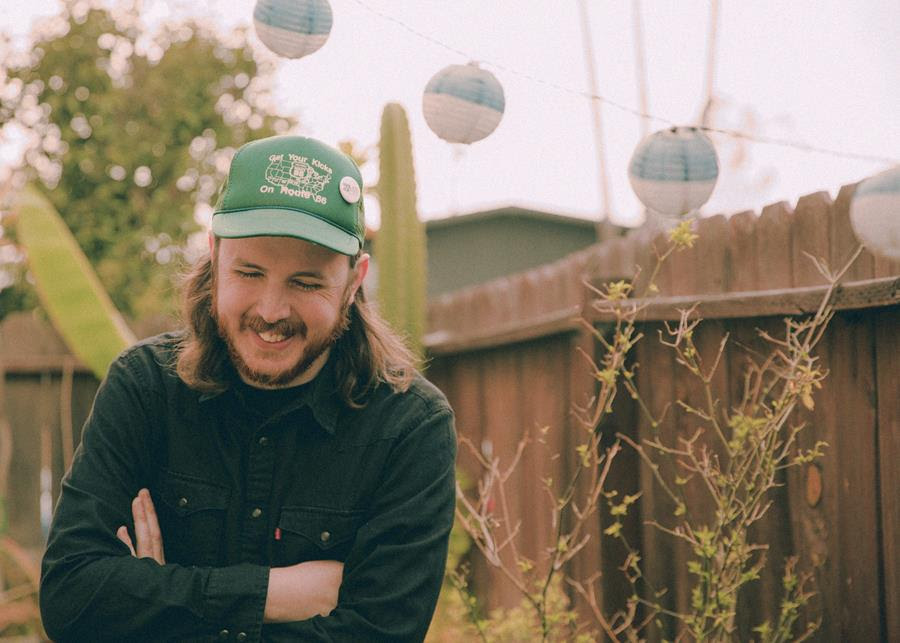 Today La Bonte shares his second single / video, “American Dance Bands.” The song will appear on his debut LP, Don’t Let This Define Me, out on the Anxiety Blanket label on Aug. 27.

He explains the origins of the song:

“American Dance Bands” was written at a time when I began to see friends, musicians, and artists I highly respected reveal their true, unfortunate nature. I needed to accept that, despite good intentions, we often can build our lives around people and ideas that are harmful and deceitful. Someone once told me the saying: “when you’re looking at life through rose-tinted glasses, it’s harder to tell which flags are red.” That sentiment lives within the walls of this song.

The “American Dance Bands” video bridges the “Don’t Let This Define Me” music video to the imagery of the album cover. It represents the symbolic act of stepping away from past pain and trauma with the literal act of burning in effigy those former wounds. The act of healing is both a terrifying and beautiful thing. The amazing LA-based filmmaker John Dowd, who I previously worked with on the “Don’t Let This Define Me” video, directed this as well.” -La Bonte

Bio:
After a decade of playing in punk and hardcore bands in Southern California, Garrett La Bonte started La Bonte in 2015 to explore his impulses for work grounded in patience: slow resonances, discomfitting absences, and wayward, creeping catharses.

The project is also, importantly, deeply personal. Don’t Let This Define Me, La Bonte’s debut record, frankly articulates the loneliness and isolation of love lost, but avoids confessionalism or saccharine sentiment. The songs are embodied and exacting, with a gutteral affective impact. The record is built of loss, but it bears no traces of a lack–in the songwriting’s enlivened and intelligent sensemaking, we find renewed strength in radical articulations of deep vulnerability. La Bonte feels his way to planting his feet on the ground, and we do, too. Despite life’s litany of chaos–love’s dissolution and other furies–this record leads us (haltingly) forward.

What the press is saying:

““Don’t Let This Define Me” sees La Bonte carving out room for himself to build, then pause, breathe, and build again. Though the melancholy of the song and its accompanying video are on full display, La Bonte reckons with the past in a clear, decisive, and emotionally affecting way.” – Consequence of Sound

“Don’t Let This Define Me comes from a place of beautiful esotericism, as La Bonte’s poetry excels, converging with bright instrumentals, and perfect production by Colin Knight” – Destroy / Exist

“Definitely feels like something hanging in the territory between late 90s Jade Tree and Bedhead, both things that I’m perfectly fond of on my end.” – Austin Town Hall

“Stretching the thread from the spool all the way to the door that’s painted blue on the back.” – Small Albums

Lyrics:
I once was told anything was right
No laws, no worries; just yourself and nothing else
Though proved convincing, it didn’t mean that much
All that seemed real was the day when I caught a glimpse
Of the fire, of the sound

I watched them closely move across the stage
Their skills, their fury projected on my soul
The lights, the cameras illuminate my walls
How I wish I could be one of them and nothing else
Of the fire, of the sound

Several years later, I can’t stand thinking back
All that I lived for didn’t feel the same
The dance was nothing but a hoax, an empty dream
Even in photos, America changed its name
Of the fire, of the sound 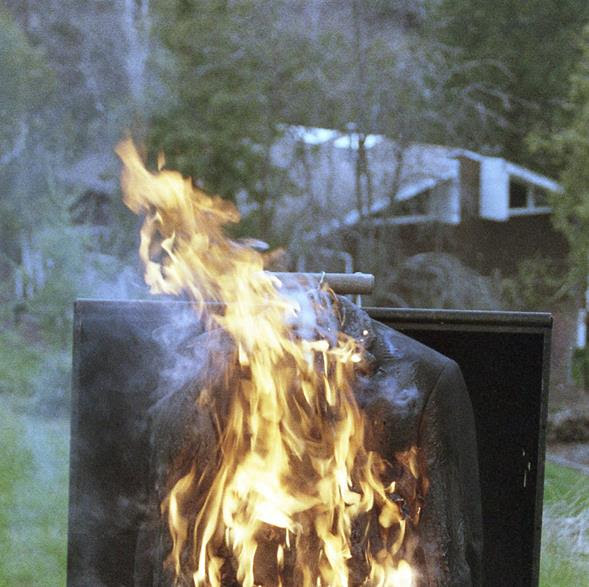