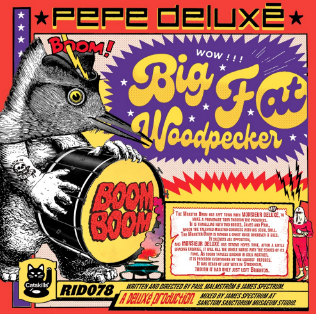 Pepe Deluxé have spent the last decade on the freakiest musical odyssey imaginable. Their fifth album Phantom Cabinet Vol. 1 is the result of Finland-based James Spectrum and Brooklyn-dwelling Paul Malmström trawling every corner of the Earth for forgotten instruments of yesteryear, spicing their music liberally with some of the strangest sound-making devices ever to have existed.

Take the album’s first single “Big Fat Woodpecker” is a rampaging, pre-Beatles rock’n’roll goof featuring raucous rhythm & blues belter Barrence Whitfield of The Savages (and the only man who can and has! out-screamed The Sonics). Poppy and bouncy on top, sonically multi-layered beneath, and boosting sounds created on the 1847 invention of Alexander Graham Bell which contains a real human ear cartilage.

B-side, the off-the-wall-lounge-psych yarn ‘Halls of Kalevala,’ is a tale about architect Le Corbusier visiting the mythical Kalevala House.  It was narrated by ‘60s synth pioneer Cyrus, recorded by Monkees’ producer Chip Douglas in his Hawaii studio (…and whilst we’re talking weird and wonderful facts, Douglas’ LA studio happened to be built by none other than a young Harrison Ford). It features four Guinness World Records (including loudest musical instrument ever constructed); 19th-century Parisian philosophical instruments: monastery bells saved from the invading Soviet army; Tolkien’s first attempt at prose, Viking folk horns, and a single drum track recorded in a large number of unusual spaces, including a moving elevator.

Among SO much else Phantom Cabinet Vol. 1 features the world’s largest cowbell, a steam calliope (think fairground organ) that resides on Kentucky’s Belle of Louisville riverboat, a life size 18th century wooden mannequin woman with a clavichord built into her skirt, a Tibetan drum made of human skulls and skin (a damaru), a pyrophone (an instrument where music is made via actual flames), a synthesizer built for group sex, and the recorded birth wail of James’s daughter. Not forgetting the Last Trumpet that signals Armageddon in the Book of Revelations, as depicted in William Blake’s famous drawing and manifested using an ANS synthesiser created in Soviet Russia in 1938 that transforms images into sound.

Phantom Cabinet Vol. 1 is a wild album of psychedelic prog-funk and percussive groove-rock, ripe for the dancefloor, laced with exotica flavors and upbeat songwriting.

It features genre-spanning guest vocalists including the aforementioned Cyrus Faryar, prog-rocker Mikko Von Hertzen,  jazzer Charlotta Kerbs, classical bass vocalist Tuukka Haapaniemi, and even boasts an appearance from the legendary Phil Brown (engineer on Hendrix’s ‘All Along The Watchtower’ and Zep’s ‘Stairway to Heaven’). 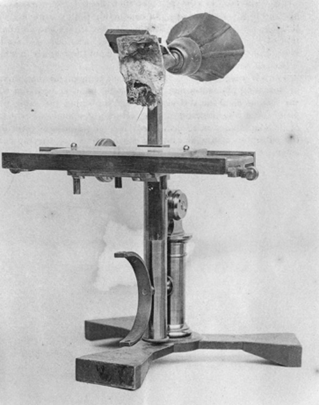 Late-90’s dance kids will remember Pepe Deluxé as the Prodigy sampled pop stars behind the critically acclaimed album Super Sound (1999),  the Top 20 hit “Before You Leave” (2021), and the massive tune “Woman In Blue” from the iconic Levi’s TV ad. However the last decade-and-a-half has seen Pepe Deluxé evolve into musical archaeologists, their album Beatitude (2003) saw them tracking down obscure studio gear and new inventions, followed by the conceptual album Queen of the Wave (2012) which featured – among other oddities – The Great Stalacpipe Organ, the largest musical instrument in the world, located deep down underground in Luray, Virginia.

The playful underground hip hop DJ attitude is still audible, but Pepe Deluxé are now as much a madcap professorial fusion of Joe Meek, Phil Spector and a young DJ Shadow. They have reached an apex of eccentric brilliance with Phantom Cabinet Vol. 1. They call it “an impossible adventure” and it is one, capturing the ghosts of endless lost instruments, and placing them amidst music abuzz with life.

“Imagine you could only see albums by The Beatles or The Rolling Stones in museums, not listen to them,” says James, “Well, the same thing has happened with all these instruments. In our cabinet of curiosities, you can enjoy them without even knowing anything about them.” 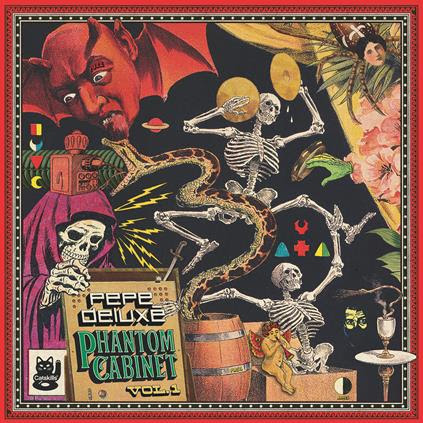