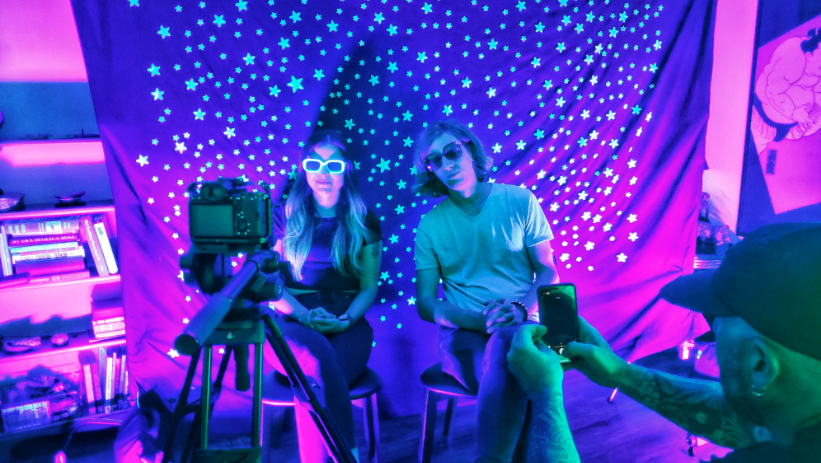 Today Spacette are sharing their vibrant music video for “Neptune” & announcing a brand new EP via MXDWN. Check out the premiere here. Spacette’s You Don’t Have to Rise to Shine EP is due August 20th via Breakfast Music Group.

Spacette’s Jordan Heimburger had this to say about the single/video:

“‘Neptune’ is a windows down kind of song about finding the joy in not fitting in. Not that it’s easy to be different, but like what other choice do you have? It’s a celebration of not letting the steamroller of normie energy we live around every day put out your light. Realizing the unique things about you aren’t flaws they’re what make you beautiful.  We had a great time making this music and indulging a recent obsession with plants and a perennial affinity for layered imagery in the video.”

Bio:
When Spacette launched in March 2020, LA-based Jordan Heimburger didn’t know he was creating a musical idea built to thrive during the weird years of the pandemic—and then come out from hiding when the time was right.

The time is right now. New single “Neptune” finds Spacette in a new headspace that might feel familiar to listeners. We’re stepping outside our rooms and finding the sunshine exhilarating but a little too bright. We’re out among people and feeling fresh energy, but that energy is tinged with anxiety. It’s all a bit surreal. And so is “Neptune,” lead single from the forthcoming EP, You Don’t Have to Rise to Shine (out August 20).

Spacette’s new work has a distinctly dreamy vibe, a natural evolution from 2020’s self-titled debut,given the shifts in the world between releases. That first EP was a mix of dystopian themes and sci-fi imagery. “Neptune” brings Spacette out of isolation and into the natural world. It’s not just in the lyrics, either. It’s in the lush, spacious vocal harmonies and airy instrumentation. Cold isolation has given way to something brighter and warmer, but still a little vulnerable.

About Breakfast Music Group:
Breakfast Music Group is an artist-owned boutique record label, music publisher, and creative services company based in Los Angeles. Breakfast revalues music through simple deals, start-to-finish support for artists, and a community where success gets shared. We eat together. 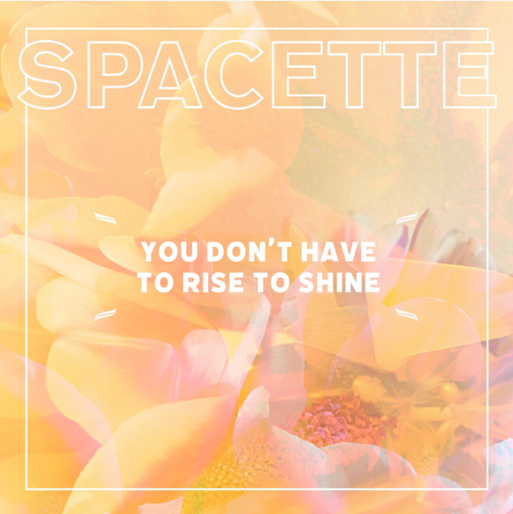