By Force FieldAugust 9, 2021No Comments 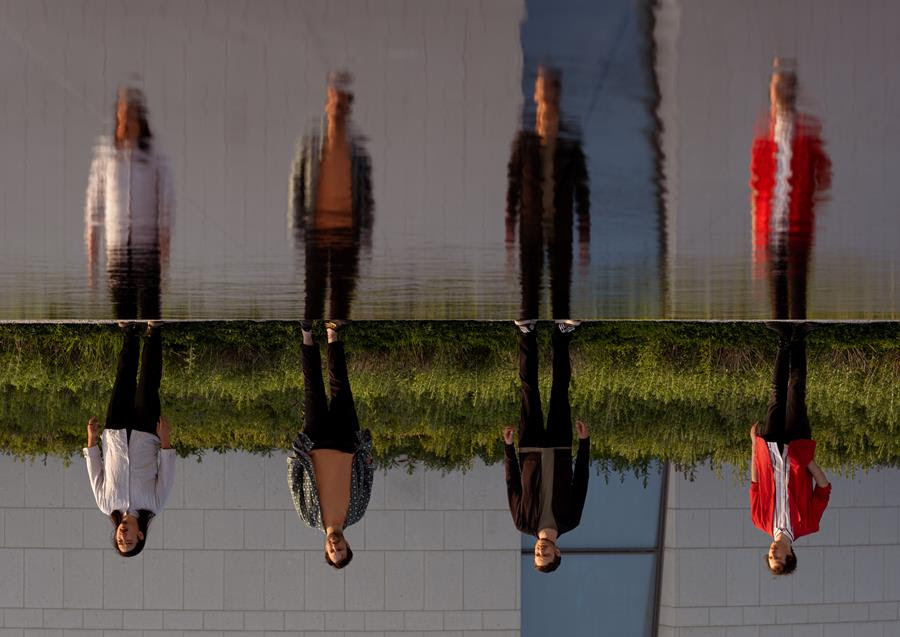 Absolutely Free moves one step closer into digital arcadia with “Interface” – the second prismatic excerpt from the long-anticipated sophomore album, Aftertouch – out September 24 2021 via Boiled Records.

Absolutely Free has cultivated a decade-long reputation for an unorthodox approach to both conceiving and performing music. The Toronto psychedelic pop trio’s Polaris Music Prize-nominated debut was hailed as “breathtakingly beautiful” (Stereogum) and a “deep-space cosmic-rock odyssey” (Pitchfork) upon its 2014 release. Following an array of multimedia projects and releases, including 2019’s Geneva Freeport EP (featuring U.S. Girls’ Meg Remy), the band recently announced its much-anticipated sophomore album, Aftertouch, with that “flying wedge of art pop” (Brooklyn Vegan), first single “How To Paint Clouds.”

The album’s second single, “Interface” is a peek further into the kaleidoscopic minds of Absolutely Free, accompanied by a visual drench in vibrant neon palettes and retro-futuristic tendencies by Australian artist Benjamin Portas.

“Written as a pseudo-love song that interludes between two versions of self, Interface recalls an adolescent summer where I spent every waking hour on early web-based chat programs, instead of going outside,” says singer Matt King.

”Typical coming-of-age feelings of loss and confusion were further conflated by prioritizing
an emerging potential of a new virtual identity more ‘real’ than a physical self.”

Lifted from the forthcoming second album Aftertouch, “Interface” is a maximalist psychedelic blast awash in synthesizers and radiant melody, about hyperconnectivity and the preservation of individuality for a generation coming of age in a wild time.
Running free with flourishes of experimentation, yet rooted in accessible melody and rhythm, Absolutely Free blurs boundaries between avant-garde and pop across the album’s eight songs. A tug-of-war within its sonic harmony, Aftertouch explores narratives of hegemony, grief, and exploitation in the present while ultimately sustaining curiosity for the unknown “post-everything” future. Making reference to the name of a synthesizer function, Aftertouch deconstructs seismic shifts in contemporary culture and lingers in the echoing sensations that remain.

Known for their varying multi-instrumentalist approaches and experimental live performances, Absolutely Free “wanted to create an album that wasn’t bound by a physical ability to perform it live, to not only expand our palette, but also to consider the live performance as something completely separate.” Shifting in the liminal space between analogue and digital sounds, real and fabricated images, revelling in and refuting the loss of
tactility, Absolutely Free is able to create vibrations of physical tension and emotional resonance. 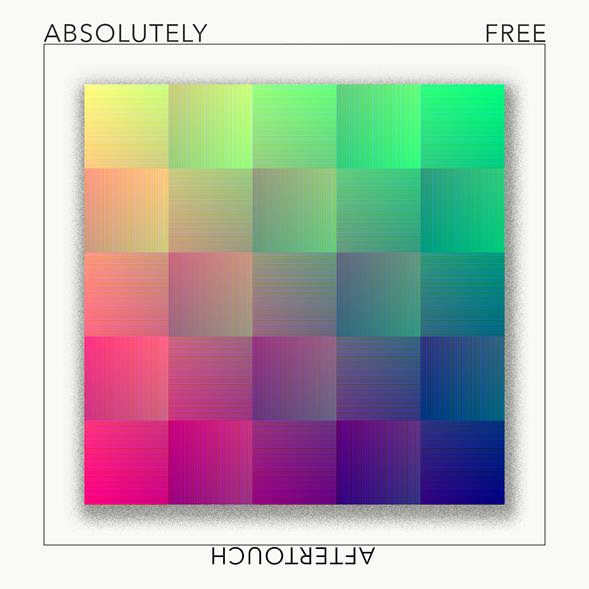