WATCH A TRAILER FOR THE PROJECT HERE 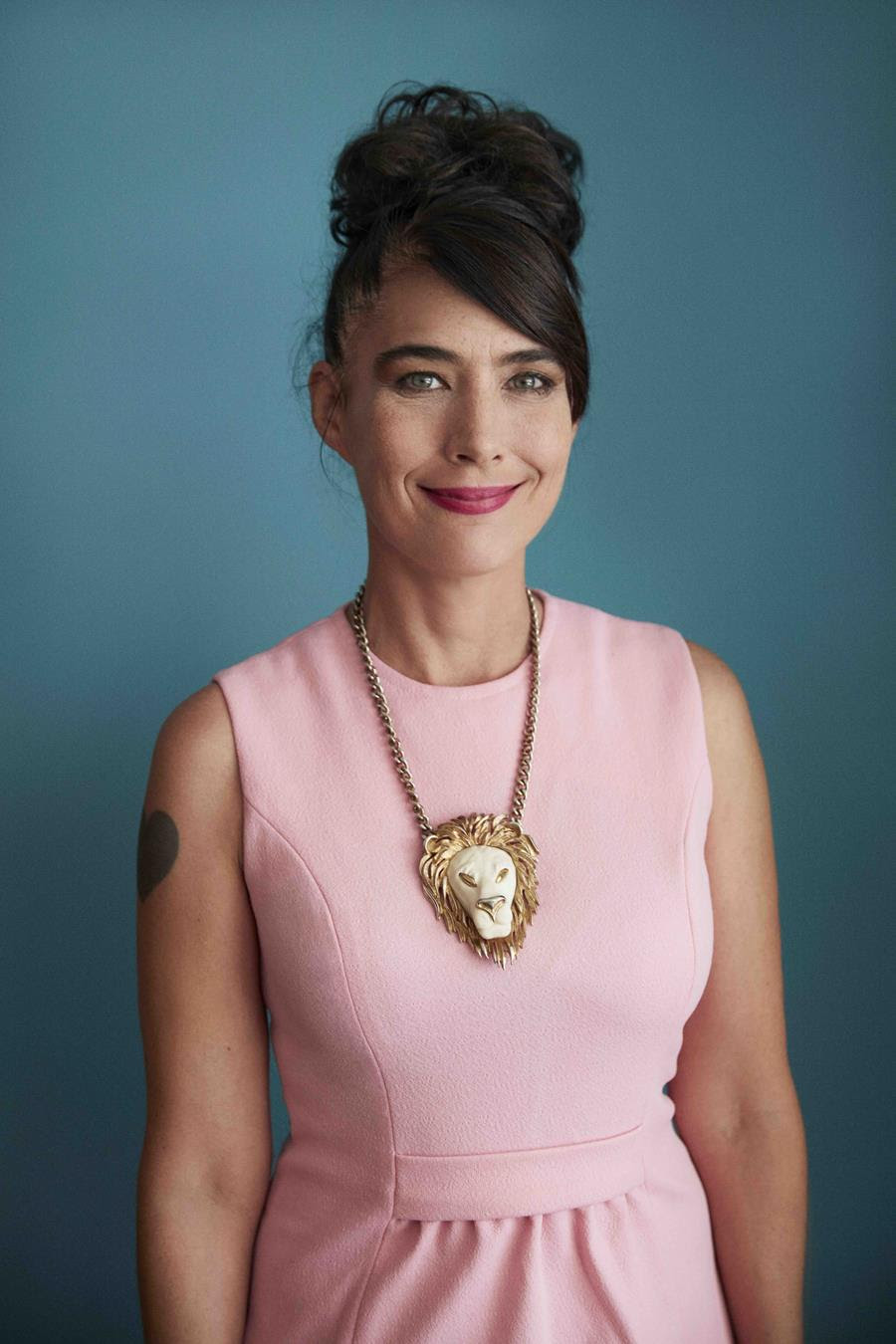 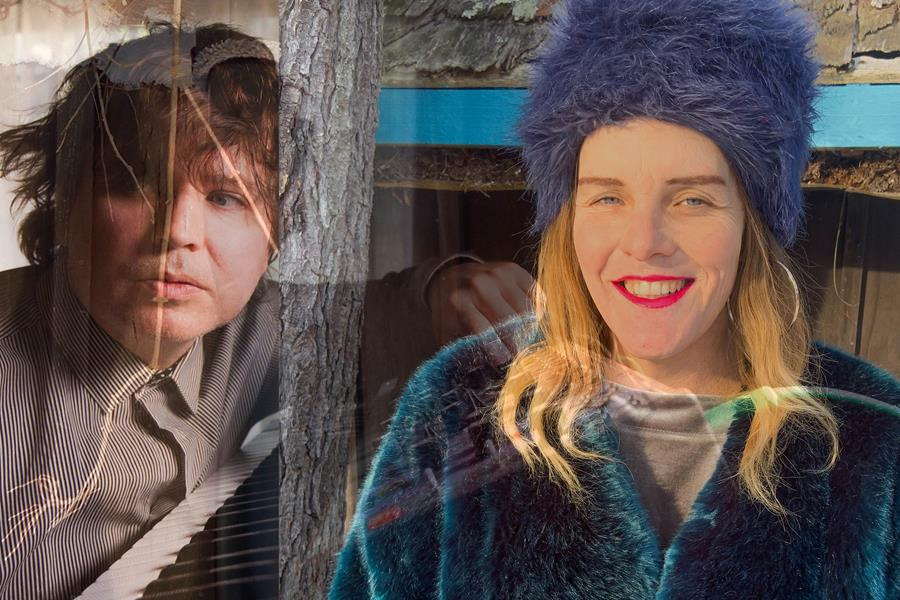 in March of 2020, with Bikini Kill’s anticipated reunion tour canceled, the band’s touring guitarist Erica Dawn Lyle and drum tech Vice Cooler were wondering how to be useful. A long time participant in DIY punk communities, Lyle—also an arts critic, author, filmmaker, organizer, and free improvising experimental guitarist—was quarantined at her home in upstate New York as an early-pandemic spirit of mutual aid amplified throughout the culture.

“People were trying to figure out how to help each other,” Lyle said. “I thought: All the musicians are home right now. It would probably be easy for us to do something quickly—because everybody, everywhere, is trying to find a way to help.”

Cooler, a photographer and video director who is also a producer for acts like Peaches and Ladytron and the drummer of The Raincoats, was locked down in L.A.—conveniently, at his own home-recording studio. “Like everyone, I was extremely confused about how I could use my limited skill set and resources—which mostly exist in the music and video worlds—to help others from this place of isolation,” he remembers.

Lyle reached out to Cooler with the spark of an idea for a digital album to generate funds. The duo soon devised a remote process of recording: Cooler sent Lyle the drum parts, to which Lyle improvised guitar riffs. When they had about a dozen near-complete songs as a guitar-drum duo, they began reaching out to an array of guest vocalists in their extended community to contribute original lyrics and to sing. “Working on these songs everyday with Vice—and the hope that others would work with us—was like an anchor for me during that really difficult era,” Lyle said.

What resulted is not a traditional benefit compilation at all, but rather a uniquely collaborative album of original material. LAND TRUST: Benefit for NEFOC is a staggering survey of contemporary feminist punk spanning generations, including legends from the dawn of punk as well as newly emergent voices. A mix of industrial, art-rock, post-punk, and beyond, it finds germinal punk icons like The Raincoats, Kim Gordon, and Alice Bag alongside younger artists who they’ve inspired over several decades. All profits will benefit the Indigenous-led grassroots organization Northeast Farmers of Color Land Trust (NEFOC), which acquires farmland in order to return it to Indigenous nations and to reconnect POC farmers to land stewardship and control.

Across sixteen blazing, high-octane tracks bolstered by Cooler’s expert pop production, the music of LAND TRUST is guided by a spirit of improvisation and ingenuity, an energetic antidote to the era of restless ennui that spawned it. “This is the very, very rare benefit album where no one just sent in some crappy B-side,” said Kathleen Hanna, who features on the record’s first single,  “Mirrorball.” “All the songs are fucking great and the performers really put their hearts into it. It’s a testament to Erica and Vice doing a phenomenal job bringing people together.”

While Lyle describes the roster of collaborators as a kind of dream team of all-time great players, Cooler points out that the artists invited to participate were also people with whom the duo had standing relationships and affinity. “In a lot of ways this record reflects the family we have each built with each other through a lifetime of art and music making,” Cooler said, underscoring the number of artists involved who he’s known since his teen years, or has built deep artistic collaborations with (like Ah Mer Ah Su and Louisahhh). “We all help each other out and collaborate, even outside of music.” Describing her lifelong musical partnership with Ivy Jeanne, who features alongside Mike Watt on “Never Was,” Lyle adds, “We have been making music and doing activism together since we were kids living in squats.”

LAND TRUST feels like a fitting outgrowth of that paused 2020 Bikini Kill tour. Those shows were themselves inspired testaments to community across time, space, and a common purpose of empowerment through art. Lyle notes Bikini Kill’s origins as the instigator of a widespread movement of grassroots self-organizing among women. “That’s something I really relate to about them. Besides being in punk rock, my background is in political organizing, so I saw this from the start as an organizing project,” she said of the album.

Punk icon Alice Bag, who in 2019 opened the first Bikini Kill show in over two decades, wrote about NEFOC’s ethos on her song “Soul Fire Farm.” “I feel really lucky to have been invited to participate in this benefit record,” Bag said. “I was moved by [NEFOC’s] respect for the land and the ways in which they turn the process of farming into an empowering experience that nourishes both mind and body.” (It was through Soul Fire Farm in Petersburg, N.Y. that Lyle and Cooler were connected with NEFOC.)

Among the surge of mutual aid projects in June 2020, Lyle was particularly inspired by G.L.I.T.S. Inc’s crowdfunded purchase of two buildings as housing for trans people of color in New York City. “I thought, this is permanent, this is really going to last,” Lyle reflected. “People of color, poor people, queers, radicals – we’ve lost so much access to living and cultural space through gentrification and displacement in the time I’ve been involved in subculture and activism. In this ongoing climate of dispossession, NEFOC is trying to return land that was stolen from Indigenous people centuries ago.”

“It’s become so difficult to organize or make change when everybody’s so far flung throughout cities and living so precariously in fear of eviction. But on a farm you have the collective work to produce healthy food, you have meeting and gathering space for visitors from the city to heal and decompress from their work in social movements and the pace of urban life, you have potential employment. And all this without fear of eviction. The ownership of land makes all of these things possible,” Lyle said. “The land that NEFOC acquires for farmers becomes collectively owned. Farms run by African Americans make up less than 2 percent of all of the nation’s farms. NEFOC is working to change that.”

This sense of imagining new horizons manifested in the creation of the music itself—a hopefulness that Lyle ironically feels was uniquely possible inside the very darkness of the beginning of lockdown. “In those early first days of covid, when everyone was responding more in unity to the crisis of pandemic and the ways capitalism was accentuating it, it felt suddenly easy to imagine that you could really just call up all your favorite musicians and ask them to make a record with you and that they would be really glad to help out,” Lyle said. “It felt like, ‘Well, the world’s cracked in half now, so anything is possible.’”

ABOUT NEFOC
NEFOC is an Indigenous and POC-led grassroots organization that seeks to connect POC farmers to land, to grow healthy foods and medicines for our communities. We plan to accomplish this by acquiring and returning land to Indigenous nations and respectfully connecting Black, Asian, and Latinx and other POC farmers and land stewards to land while centering and respecting Indigenous sovereignty.  nefoclandtrust.org 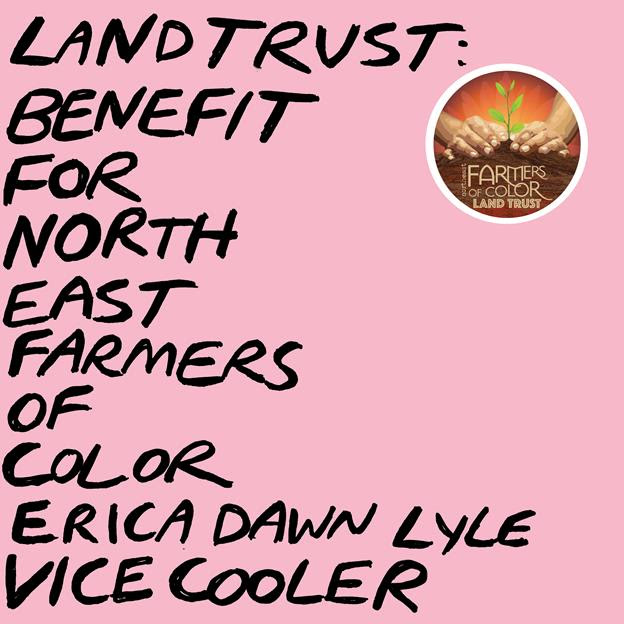