By Force FieldOctober 5, 2022No Comments 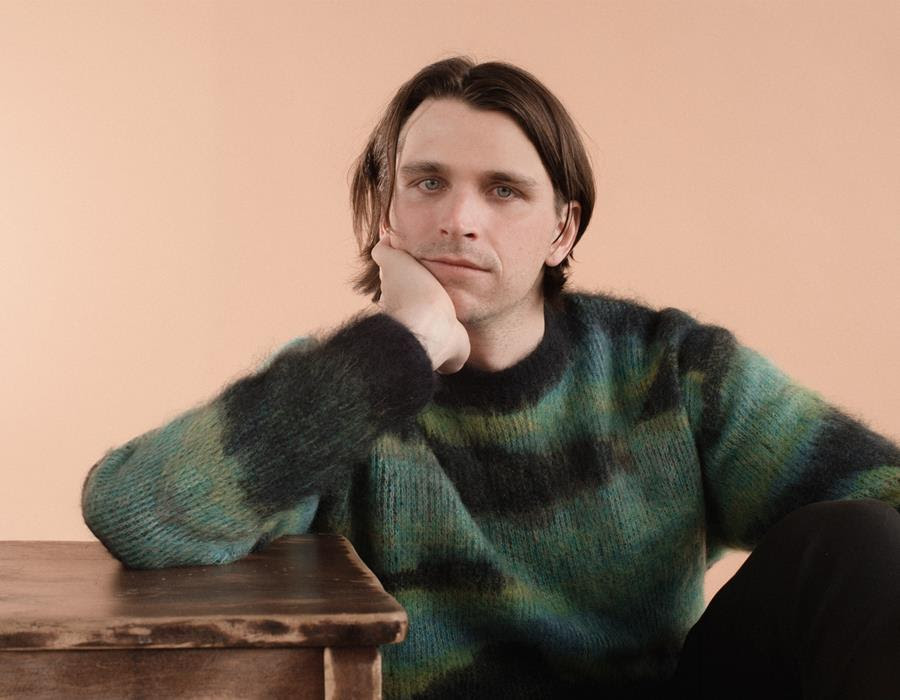 Brothertiger, the musical project of singer, songwriter, and producer John Jagos, has announced his fifth studio album, Brothertiger. Produced alongside longtime collaborator Jon Markson (Drug Church, Cathedral Bells, Can’t Swim), the self-titled album is previewed with the new single/video “Be True” – an empowering pop standout built on arpeggiated synths and pan flute that in the other hands might scan as melodramatic but in Jagos’, it’s legitimately moving. Watch the video HERE and stream the single HERE. Brothertiger is due November 4th via Satanic Panic Recordings. Pre-order the LP HERE.

Regarding the single’s origin, John stated: “I had this syllabic rhythm in my head for months and I felt like I needed to make a song around it. It had this specific ‘90s RnB’ vibe to it which I loved. That evolved into the mantra of the song, and from there, I just built around it. Then Jon came in and we added specks of detail all over. I love how heavy it became.”

Bio:
Collecting a handful of singles released over the past year and a half, plus several unheard tracks, Brothertiger sees Jagos moving through his chillwave roots and into the refined glitz of sophisti-pop, a UK-born microgenre that owes its ’80s and ’90s heyday to key releases by groups like Prefab Sprout and Scritti Politti. Brothertiger’s take on the style is pure escapism — immaculately engineered, retro-leaning songs for romantic vagabonds and urbane daydreamers alike. It might be the most impressive set of songs that Jagos has ever made.

Jagos has released four full-lengths under the Brothertiger alias, a figure that doesn’t even account for multiple EPs, a Tears for Fears cover album, or his four-volume series of livestreamed improvisations called Fundamentals. Still, Jagos decided to give his newest album the self-titled treatment, a move typically reserved for an artist’s debut project. After spending time with the record’s maximalist soundscapes, and after hearing Jagos discuss the deeply personal creativity that fueled the production, it’s easy to understand his thinking: the Brothertiger LP is a testament to Jagos’ technical gifts, a polished culmination of his ambitious experiments and nostalgic obsessions. But it’s also an introduction to a playful new era for a songwriter whose synth-pop has often skewed broody and introspective.

Like a lot of artistic city-dwellers, Jagos spent the early days of the pandemic in a restless state. That changed after he scoured eBay for vintage gear, impulsively snagging some sophisti-pop-era synths and samplers manufactured by a now-defunct company called Ensoniq. Armed with a wacky new vocabulary of sounds, Jagos wrote “Dancer on the Water,” an elegant, up-tempo coastal fantasy with lustrous synths and pan flute flourishes. When he released the track as a one-off in spring 2021, new fans and longtime listeners were smitten by its unselfconscious optimism, by its throwback, feel-good energy. “I was like, I want to make music like this for a while and see what happens,” Jagos explains.

What “happened” was a kind of magic: new songs spilled out of him with an unexpected ease. “I felt more connected to my songwriting than I’ve ever felt before,” he remembers. That self-synchronicity was contagious, leading to productive sessions with unexpected collaborators, including math rock guitarist Yvette Young (Covet) and metalcore icon Spencer Chamberlain (Underoath).

But Jagos was also conscious about leaving space for kitsch and absurdity, often embracing the inherent cheesiness of his slick influence. “Trying to be less serious about the music business is a big theme,” Jagos explains. “I’m not trying to conform to the specific ideals the algorithm machine wants me to be a part of; I’m just trying to make music that sounds good.” Listening to the room-filling songs on Brothertiger, it feels safe to say that he succeeded.

Jagos will be heading out on a nationwide headline tour starting off in his home state of Ohio at the beginning of November and wrapping up in his adopted home of New York a month later. Tickets are on sale now. 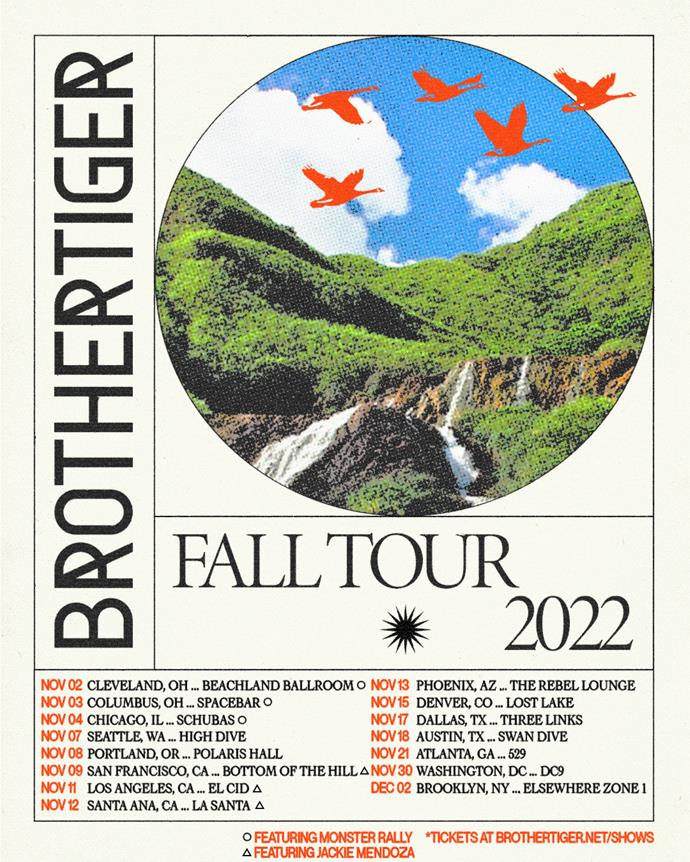 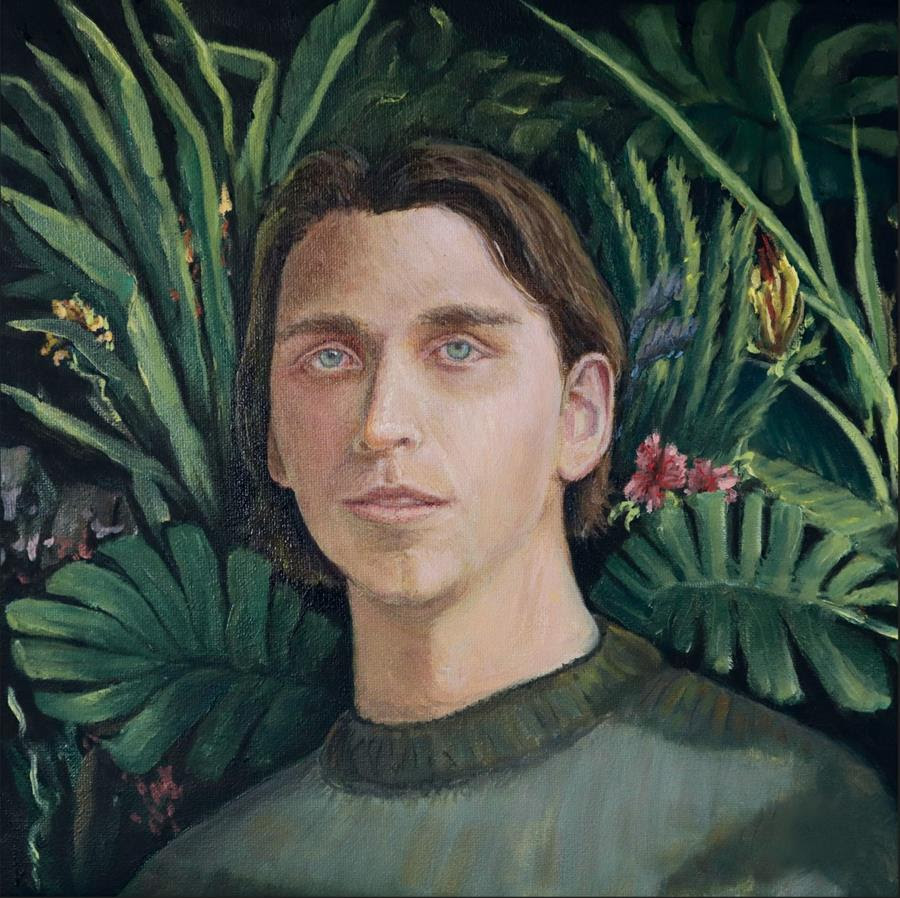