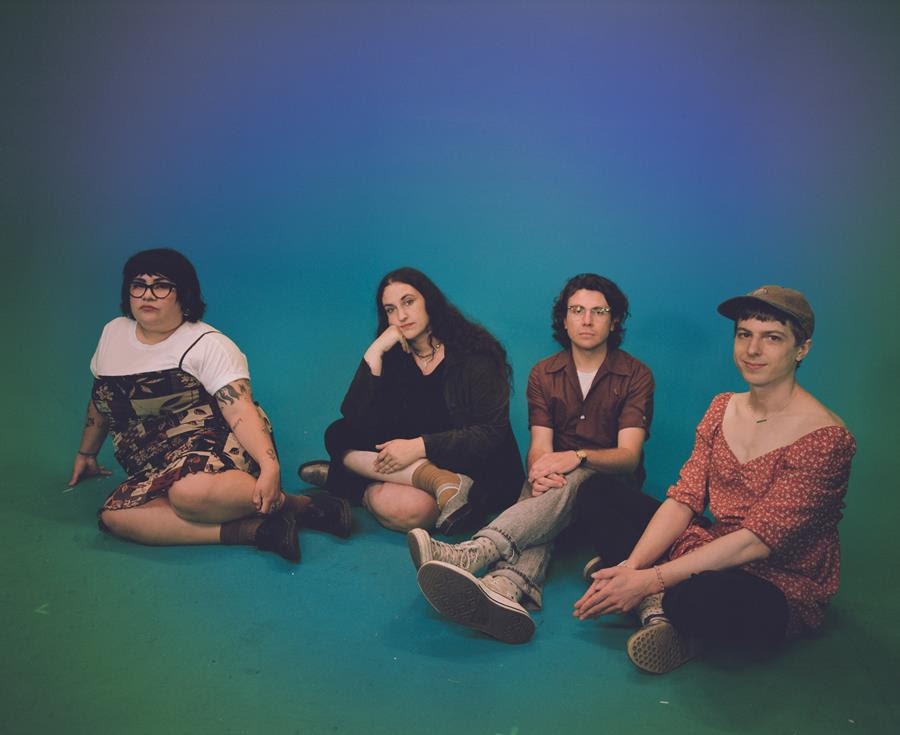 Oakland band Blues Lawyer joins Dark Entries for their third full-length, All in Good Time, a record of pop-rock songs about living in a world that wants to put your existence on the clock. Today the band shares the first single / video for “Chance Encounters.”

Blues Lawyer was formed in 2017 as an outlet for guitarist/vocalist Rob I. Miller and drummer Elyse Schrock to write pop songs outside of the strictures of their other groups. Following 2018’s Guess Work and 2019’s Something Different, Blues Lawyer had “graduated from being a side project band, a sort of throwaway project, to actually being a legitimate band,” according to Miller.

Under the backdrop of global pandemic and existential crisis, they set about recording their new record. Says Miller, “I have always been really attracted to the way we measure time, especially in relationship to our concepts of what we are supposed to have achieved. There’s a lot of different moments on the record where we’re interrogating this whole value system that comes along with it—determining my worth because of where I’m at in my life in relation to my age, in my love life, in my career.”

All in Good Time finds Blues Lawyer moving away from the Flying Nun-influenced jangle pop of their earlier work towards a 90’s alternative rock sound imbued with melancholy of the Lemonheads and Teenage Fanclub. Miller and Schrock agree that this is their first record approached with intentionality, each member having spent their time in pandemic-enforced isolation, honing their songcraft and penning sharp hooks.

With the addition of bassist Alejandra Alcala and guitarist Ellen Matthews, Blues Lawyer has become more unabashedly riff-centric, bringing a controlled wildness to the new songs, as evidenced by Matthews’ single-take guitar solo on album closer “Tangled Mess.” This is also the first record on which Schrock and Miller share songwriting duties, with Schrock’s earnest contributions balancing out Miller’s more sardonic approach. Schrock’s optimism particularly shines on the Heavenly-esque “Late Bloomer” as she sings “A late bloom is worth the wait.”.

All in Good Time reveals Blues Lawyer as a band ready to stake a meaningful claim in a world that rewards insincerity. The vinyl record includes an insert with liner notes and lyrics. 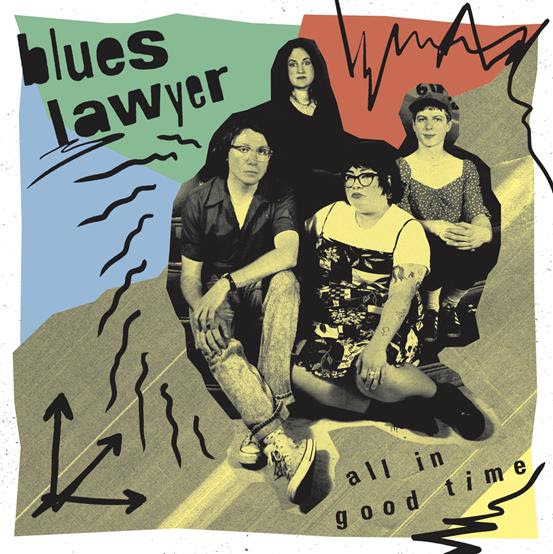