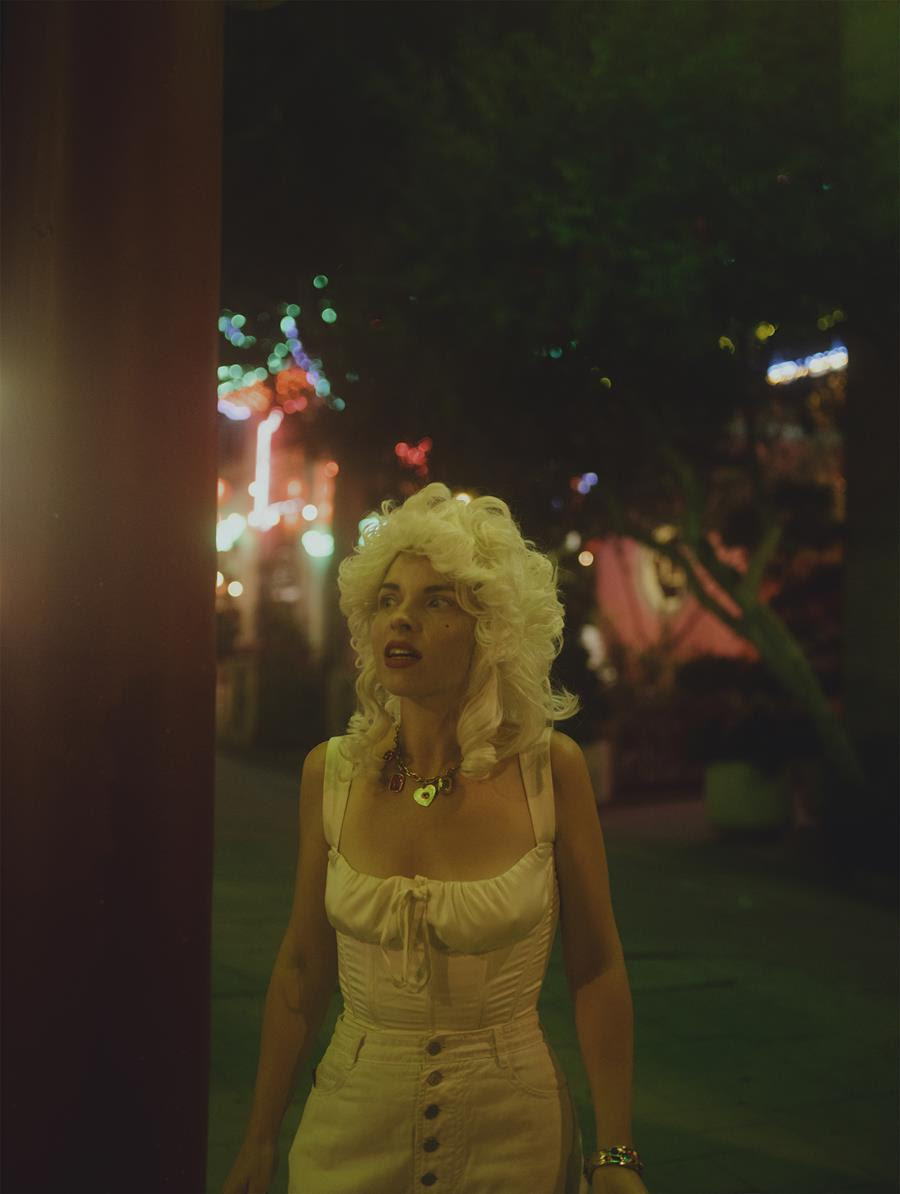 Today Maraschino, the project of Piper Durabo, announces Hollywood Piano, the debut LP, due on March 3, 2023 on their own Kiss Cafe label and shares the music video for “Hi Desire.” You can pre-order the album now via Bandcamp. “Hi Desire” is the second single from Hollywood Piano, following “Smoke & Mirrors.” Durabo explains the inspiration / idea behind the video:

“The ‘Hi Desire’ video is inspired by one of my favorite movies, ‘Jubilee’ by Derek Jarman. Without giving too much away I’ll say it involves Queen Elizabeth I, her astrologer John Dee & an angel time-traveling to 1970s post-apocalyptic ‘punk’ Britain. It’s an exciting blaze of trash, glitter and mysticism. I love it so much. My character in the video ‘Maraschino Antoinette’ is a similarly anachronistic symbol of extravagant love in a time of total romantic nihilism— apps have flattened the dating experience in many ways & a lot of us are too caught up in survival mode to get mixed up in anything too deep. She spends the video oscillating between wandering the streets of DTLA aimlessly searching for her lover and calling them into her dream zone.”
-Piper Durabo

Maraschino’s last single, “Smoke & Mirrors,” plays on that wryness—Durabo’s sing-song vocals coagulate around a slowly arpeggiating synth line that wouldn’t sound out of place on a rare Moroder-sound Italo-disco record. She sings about fame and how those seeking it are sacrificed at the altar of the entertainment industrial complex. It’s about technology, and how the democratization of it has allowed everyone on earth to participate in the popularity charade—the whole world’s in high school—and how those who are adept and talented at it are rewarded (by the media companies algorithmic taunts) with great riches and personal brands that feed the cycle. All this is at the expense of humanity and true connection—ergo our mental health—where we are seduced by our ids to project an idealized version of ourselves at the expense of our true selves. The contrasts between the truth and what we’re told—our own truth and what we tell others—is just the norm now. The distinction between truth and fiction? It’s almost irrelevant, because we’ve lost track of who we are. It’s all, in the end, smoke and mirrors. 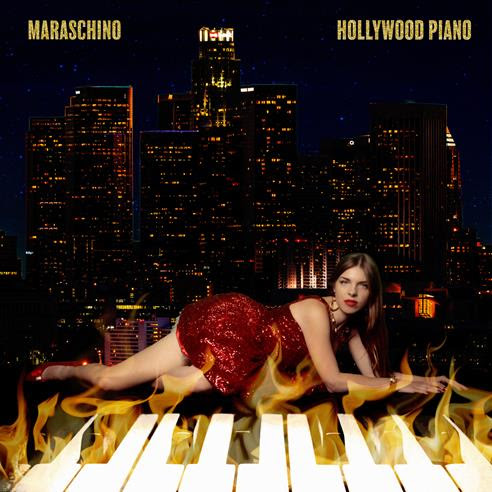 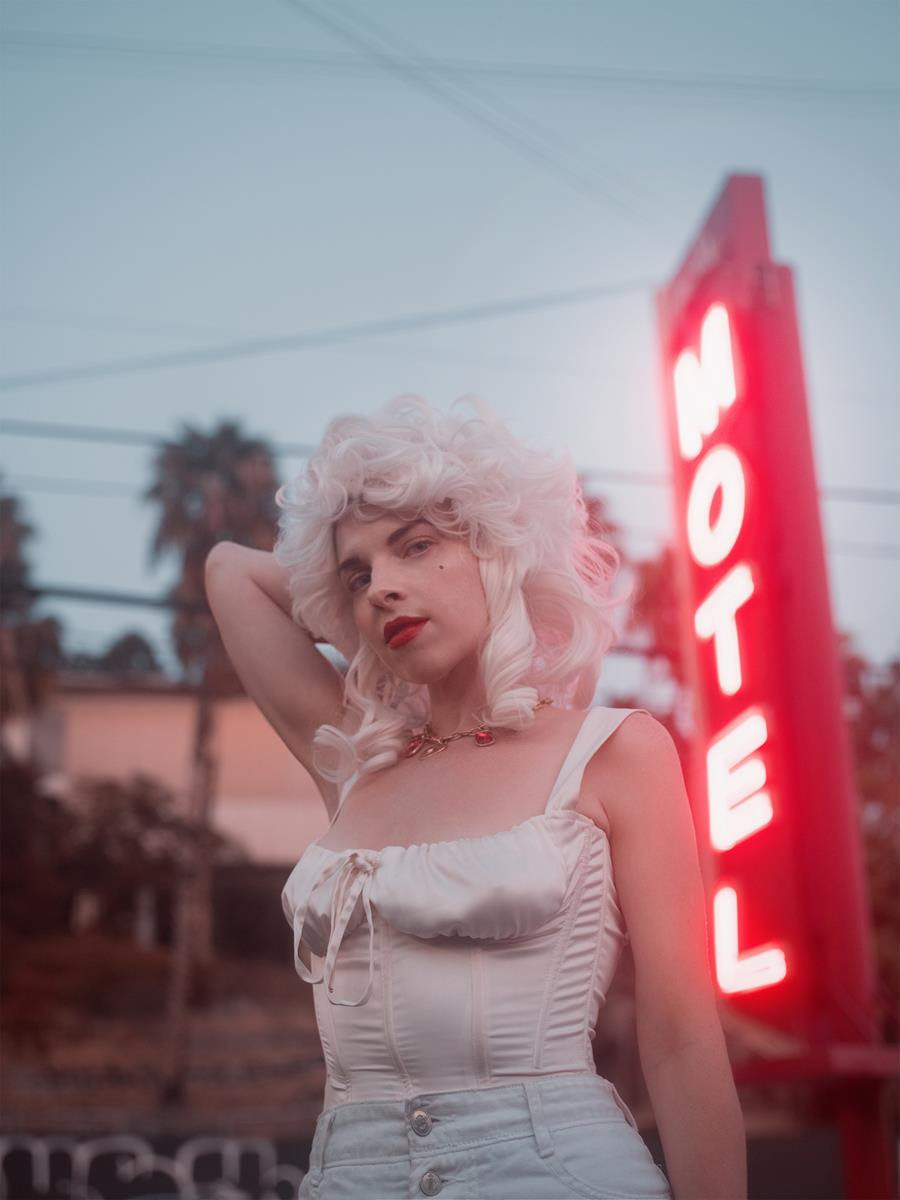